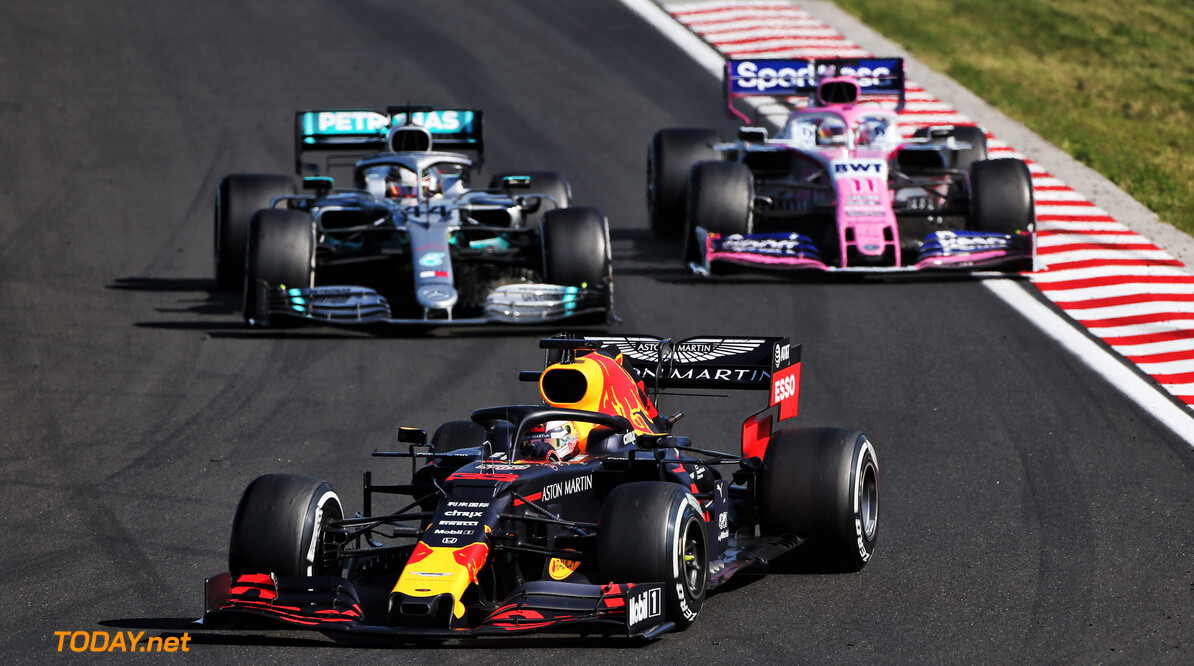 Lewis Hamilton says that there is no better feeling than fighting Max Verstappen for the lead of the Hungarian Grand Prix on Sunday.

The pair went head to head for much of the race, with Hamilton unable to pass the Red Bull driver, who was gunning for his third win in four races.

However, a late-race charge from Hamilton, who pitted for fresh mediums 22 laps before the end, saw him pass Verstappen and secure his eighth win of the season.

"Honestly, there really is no better feeling from a racing driver’s point of view, when you have a race like this and face a really strong competitor and a great driver like Max," Hamilton said.

“Max is at his best and is continuing to perform great. It’s really comforting and really awesome to see the respect level between us. It was really respectful driving and I hope to continue that.

"As soon as I got into second, I was like 'okay, this whole battle we've been talking about me having with Max, we are going to have that today' and it was really awesome.

“He put the car in some good places. I gave him space but that’s really just from a mindset that we are fighting slightly differently.

“If we were fighting on the same points, it may have been a lot more aggressive, but there was no need for that and it was really just about making sure that when you do finally pull off an overtaking manoeuvre that it was a clean, full sweep by.”

The last four Grands Prix have seen exciting action with fans seemingly enjoying the races - something that Hamilton is pleased to see after feeling a lot of negativity surrounding the sport.

"I really am happy, that, particularly after a period of time where everyone was so negative talking about the sport.

"Then all of a sudden we get this big step up from Red Bull and now we have a really good battle on our hands and it looks like it will stay.

“I think Ferrari will come back into play at some of these races like Spa and Monza, they will be quick on the straights and there's not a lot of corners, so those places I think they will be really strong. I think that bodes well for them.

“Red Bull have been doing great, it's awesome to see and I hope their performance continues, and really, really hope we have more battles like that.”