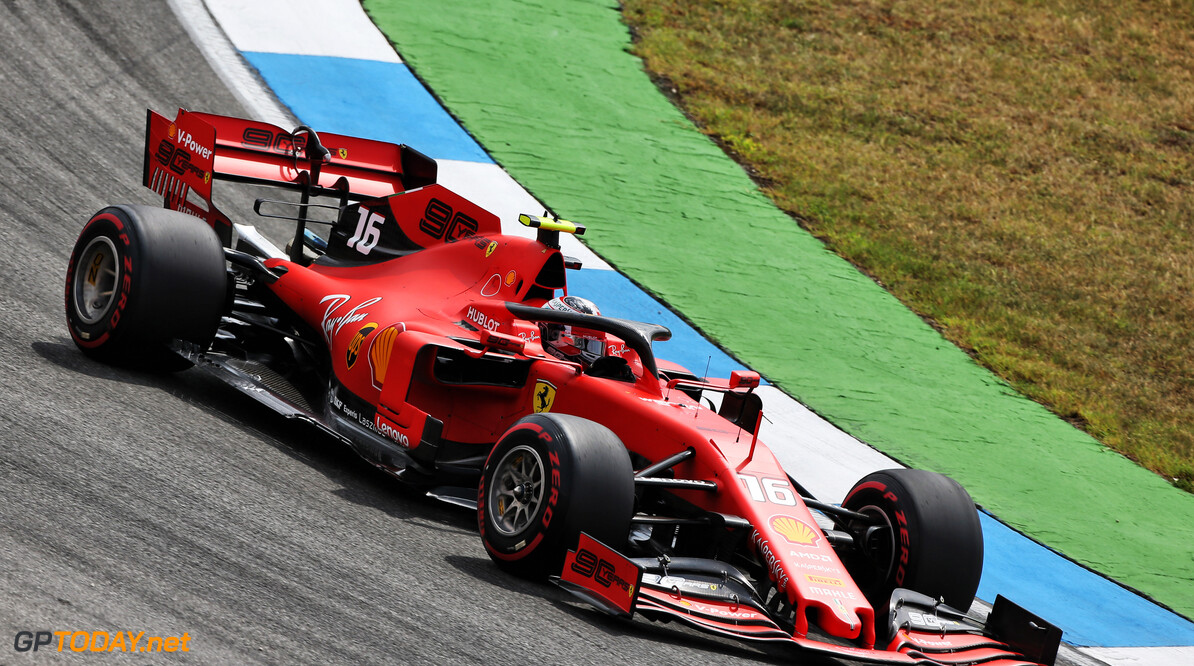 Leclerc vows to be 'very aggressive' during opening laps

Charles Leclerc insists he will be "very aggressive" during the opening laps of the German Grand Prix in order to make up positions.

The Monegasque driver is set to start the race from 10th place after he was hit with a fuel system issue at the start of Q3, which halted his quest for pole position.

The problem added to the woes of Ferrari, who also saw Sebastian Vettel retire from Q1 with a separate problem.

Ferrari had topped all three practice sessions during the weekend, leading Leclerc to believe that he had a good shot at taking his third career pole position at Hockenheim.

"It's sad. We knew that we could challenge for pole, it's unfortunate that we at least couldn't challenge," Leclerc said. "I'll push now to have a good race.

"Tomorrow I'm going in with a positive mindset. I will be very aggressive in the first part and pass as many cars as I can and see where we end up.

"It felt really bad for Seb at first and then when we had my problem it was even worse. It's a shame for the whole team but I'll be pushing very hard tomorrow to make them happy again."

Friday saw much hotter temperatures than Saturday, but Ferrari was seemingly able to keep its speed up despite the drop in temperature that is believed to have played into the hands of Mercedes.

"We were definitely very quick all weekend long," Leclerc said. "Q2 we had to keep the tyres for the race so I was confident for Q3.

"Unfortunately, we didn't have the laps to show how quick we really were. I'm determined to show what we can do tomorrow."