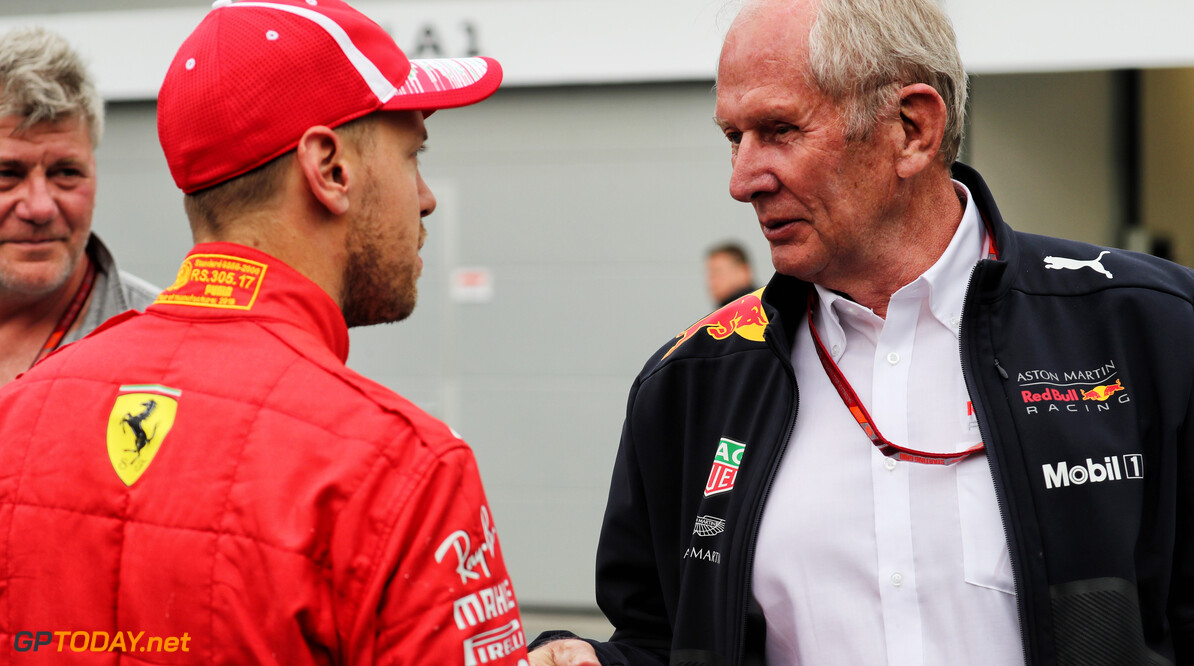 Marko: Vettel should leave Ferrari for another team

Red Bull advisor Dr Helmut Marko has suggested that Sebastian Vettel should leave Ferrari for a new team amid a difficult 2019 season.

While Ferrari has failed to produce a car capable of challenging Mercedes for the world championship, Vettel has found himself at the end of several on-track mishaps.

The errors have continued over from 2018, when Vettel was involved in several situations that saw him spin out or crash in the second half of the season.

Vettel's latest mistake came at the British Grand Prix last weekend when he crashed into the rear of Max Verstappen as they battled for the final spot on the podium.

"At Red Bull Racing he hardly made any mistakes," Verstappen said. "You don't forget how to drive. Why do these things keep happening to him more and more at Ferrari?"

Marko suggested that the Vettel is no longer himself at Ferrari and that the errors are happening in his subconscious.

"You make mistakes when you are no longer yourself. It happens in your subconscious. Sebastian should be in a different environment. In other words: with another team. However, I don't see any possibility of that for 2020," he told Auto Bild.

Rumours have been swirling in recent months about the future of Vettel in F1, however the German remains adamant that he will be racing in the series next year, as he has another year on his contract with Ferrari.

"Sebastian is a very intelligent, sensitive and warm man," said Red Bull sporting director Jonathan Wheatly. "You can see that in how loving he is towards his wife and children, or in the fantastic speech he gave in honour of Charlie Whiting at Silverstone.

"He is not as hard a man as Michael Schumacher or Fernando Alonso, who could always perform. Sebastian is a driver who needs to feel unconditional support. He had that at Red Bull and he probably doesn't have it at Ferrari."