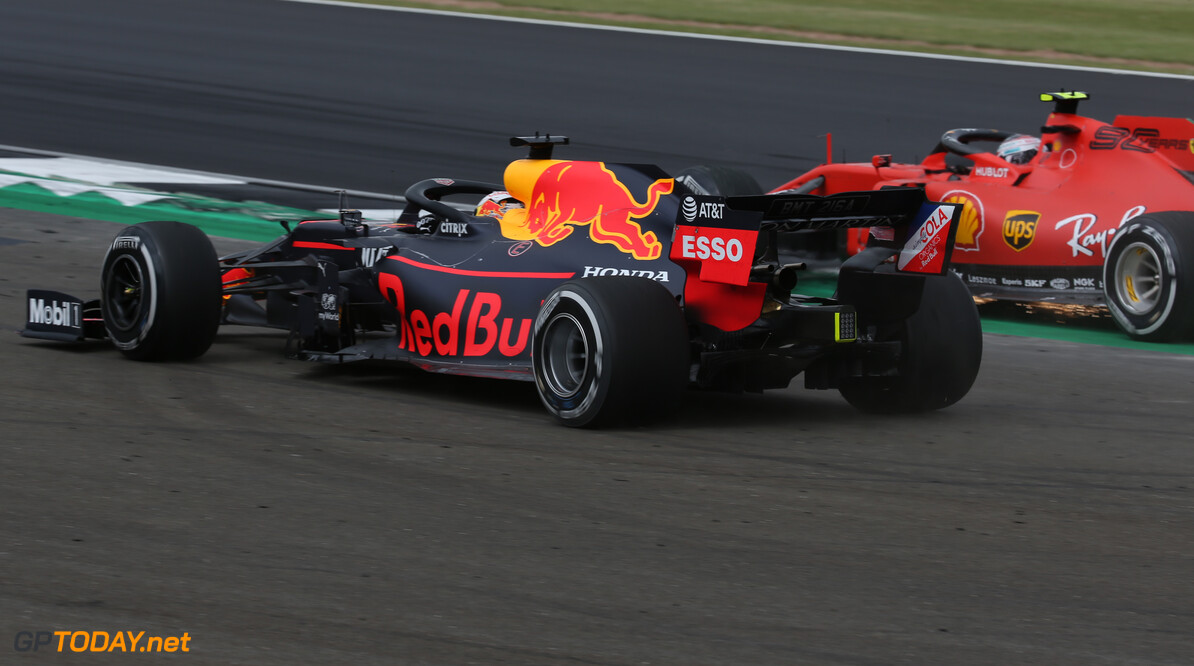 Masi: 'Let them race' philosophy has been present all year

Formula 1 race director Michael Masi says that the philosophy of letting the drivers race and not handing out easy penalties has been in force for the entire season.

The British Grand Prix saw a handful of titanic battles, including one scrap between Charles Leclerc and Max Verstappen, which saw both make wheel to wheel contact at the penultimate corner.

Masi says that neither Ferrari or Red Bull took issue with the action, following on from races in Canada and Austria where investigations and penalties were the main talking point.

"The 'let them race' philosophy has been adopted all year to be quite honest," Masi said after the race.

"And what we saw out there, the nature of the circuit, there was some wheel to wheel action but the same with what it has been previously. It has been judged in exactly the same manner.

"The way this venue is, maybe it's perceived as more let them race, but no, it's been adopted and applied in exactly the same way it has been all year.

"But it's very much a stewards decision. From my perspective, it's a matter of looking at things and flag them but effectively it's the stewards' determination of what it is."

No hesitation to deploy safety car

The opening laps of the Grand Prix saw some fierce battling before Antonio Giovinazzi spun out in the final sector, which calmed strategies and settled down the race somewhat.

Masi says that there was no hesitation to deploy the safety car rather than a virtual safety car due to the positioning of the car.

"For me, that was a very simple decision to have the safety car deployed, where it was," he affirmed. "Being at the pit lane entry and the way the JCB has to come out, there was zero hesitation of what we were doing there."

Masi confirmed on Sunday that he will retain his position as F1 race director until the end of the 2019 season.