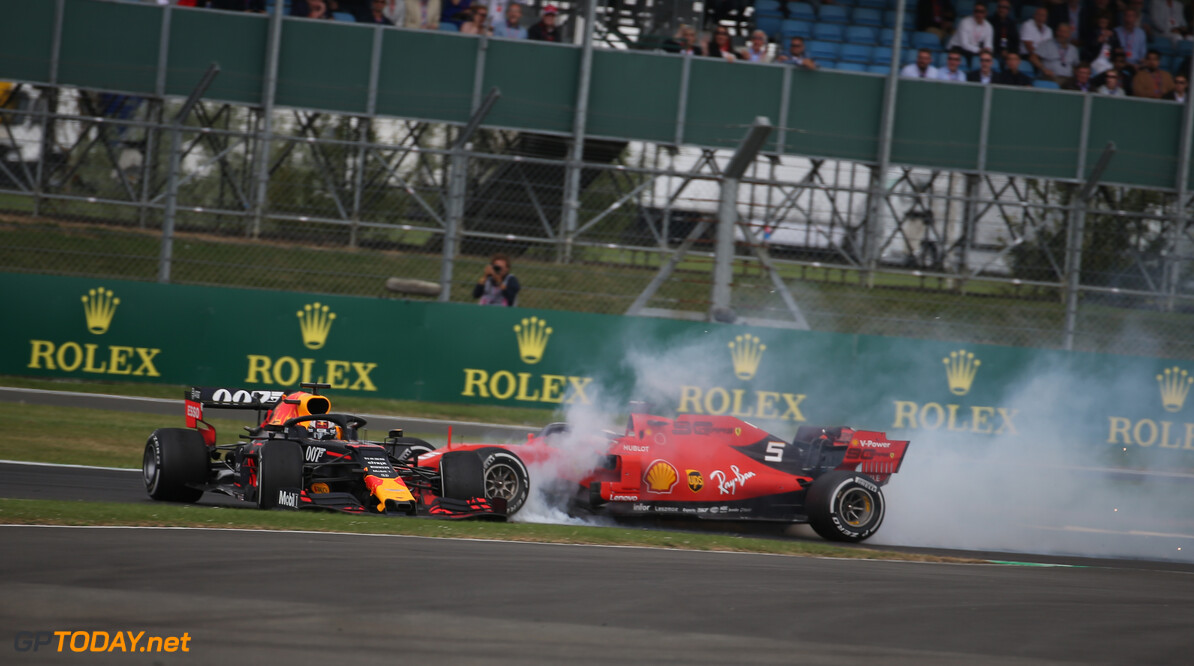 Max Verstappen says that Sebastian Vettel offered his apologies to him straight away after the race regarding their lap 37 contact.

Vettel hit Verstappen on the rear heading into the penultimate corner, which sent them both into the gravel trap, but not out of the race.

"I spoke to him, he apologised immediately after he got out of the car, so that's it. You can't change your line," Verstappen said.

Vettel was forced to pit for a new front wing and was handed a 10-second time penalty along with two penalty points for causing the collision.

"I thought the inside was going to open up, it looked like he was pulling back to the middle of the track," Vettel said of the crash. "But it stayed closed, we crashed and it was my mistake."

Verstappen also enjoyed his fierce battle with the other Ferrari of Charles Leclerc, as the two young stars fought prior to the crash for the final spot on the podium.

The two fought wheel to wheel for a number of laps before they were split up by the safety car that came out following a spin for Antonio Giovinazzi.

"They were really good, I think he was a little bit sore from Austria so he was defending really hard," Verstappen said. "But it's fine, I'm all for that. Of course, I didn't want to take much risk in those battles to damage the car because I knew we were quite a bit faster.

"I needed to pick my moment but luckily the team did it for me with a good strategy and then it was looking good for a good result."