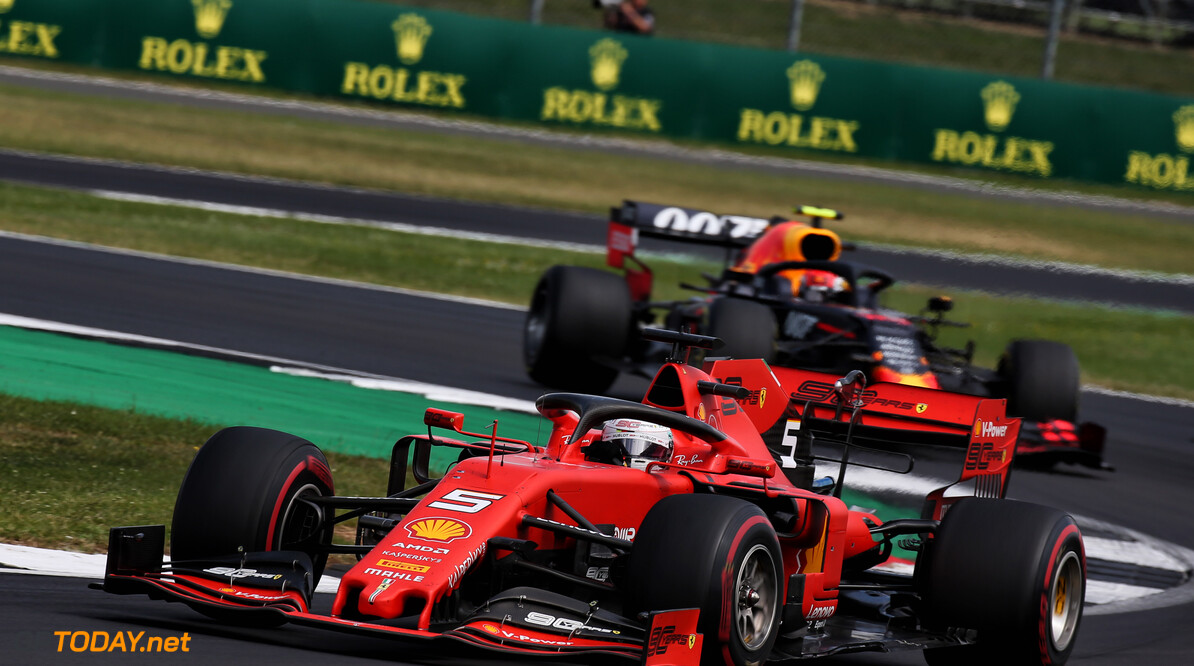 Sebastian Vettel has received two penalty points on his super license following his coming together with Max Verstappen at the British Grand Prix.

Vettel hit the rear of Verstappen at the penultimate corner on lap 37 of the race, which saw both of them spin out and into the gravel trap.

Both were able to continue, with Verstappen coming home in fifth place. However, with an extra pit stop to change his front wing and a ten-second time penalty, Vettel finished well outside the points

"The Stewards reviewed the video evidence which showed car 5 locked wheels under braking and collided with the rear of car 33," read the stewards' statement regarding the penalty.

"The Stewards concluded that the driver of car 5 was wholly to blame for the incident [ref Article 38.2 a) of the 2019 Formula 1 Sporting Regulations."

Vettel's penalty point tally now reads six across the last 12 months. Should a driver pick up 12 points in 12 months, they receive a race ban for the following race.