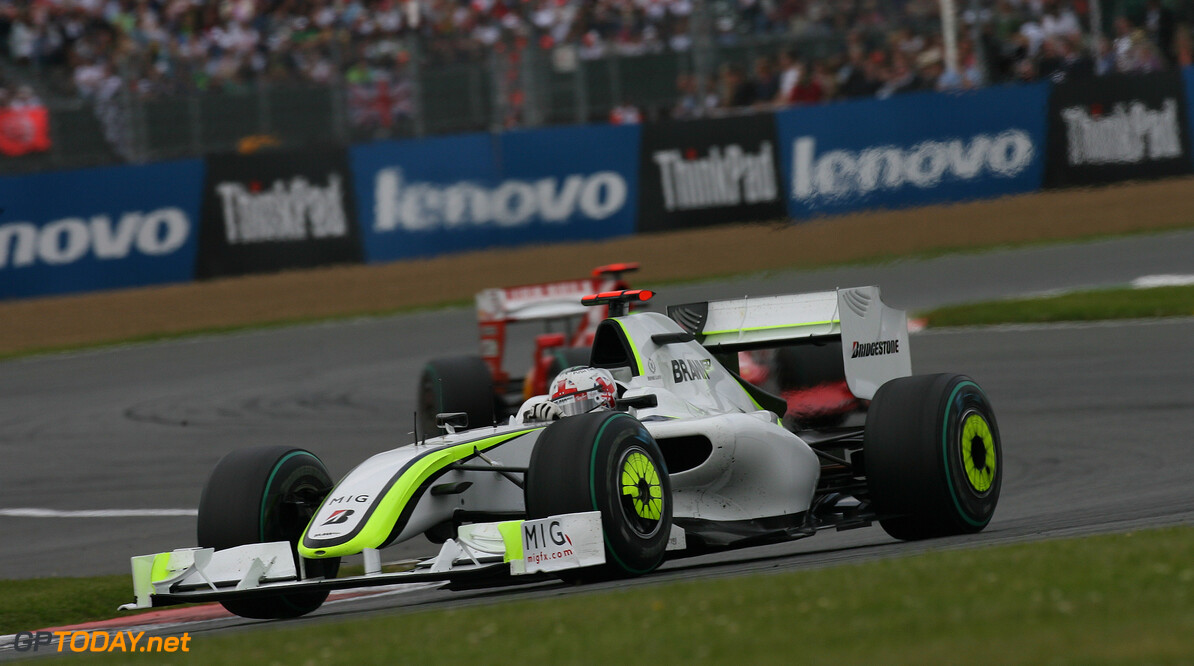 Jenson Button will be reunited with the BGP 001 at this weekend's British Grand Prix, 10 years on from his championship winning year.

Brawn startled the Formula 1 paddock in 2009, as it emerged from nowhere to provide a challenge for the drivers and constructors' world championships, where it came out on top.

Button won his one and only world championship with the car before making the switch to McLaren for the following year, the team with which he stayed before retiring at the end of 2016 (although he made a one-race comeback at Monaco in 2017).

Six of the first seven races in 2009 were won by Button, with his last win of the season coming at round seven of 17.

However, he hung on to claim the championship win, while teammate Rubens Barrichello accompanied him to ensure Brawn won the constructors' trophy.