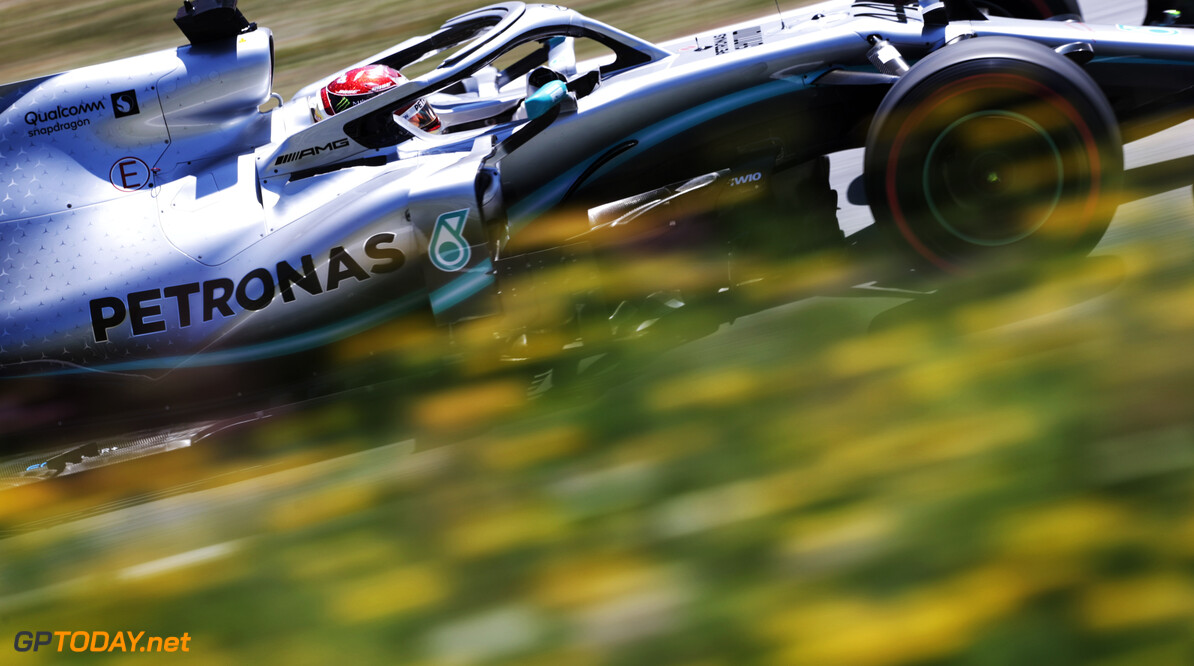 'No way' Hamilton could challenge for race win

Lewis Hamilton says that even without the wing damage that cost him time in his pit stop, he wouldn't have been able to compete for the win in Austria.

Mercedes opted to change Hamilton's front wing after it discovered that the left flap had failed, which saw Hamilton lose dramatic time to his rivals.

The pit stop took an extra few seconds while the team performed the change which dropped him back out in fifth, where he would eventually finish.

But Hamilton says that even without the damage, the cooling problems that he was going through made it impossible to be competitive.

"No, no way," he replied when asked if the win was possible without the wing damage. "We were lifting and costing 400+ [meters] per lap, so we were a long way down.

"If we didn't have to do that, we would have had pace but unfortunately that was just the way it was. I could never get close to anybody.

"I don't know what hot races are coming up. I don't think it will be a lot of places, but there probably will be another one. Maybe like Mexico or something.

"I'm not sure why we had the issues we had today and the others didn't, they could push all the way, which is how Formula 1 should be. It's a good track for overtaking, but unfortunately, we weren't in that position."

Hamilton offered his congratulations to Honda, who won its first Grand Prix since 2006 on Sunday with Red Bull.

"It's great for Honda," Hamilton said. "They've been going through some seriously miserable years with McLaren, and it shows that it's not only the engine.

"It's a combination of the work of the manufacturer and team together so that it works well. They've obviously done that so congratulations to them."