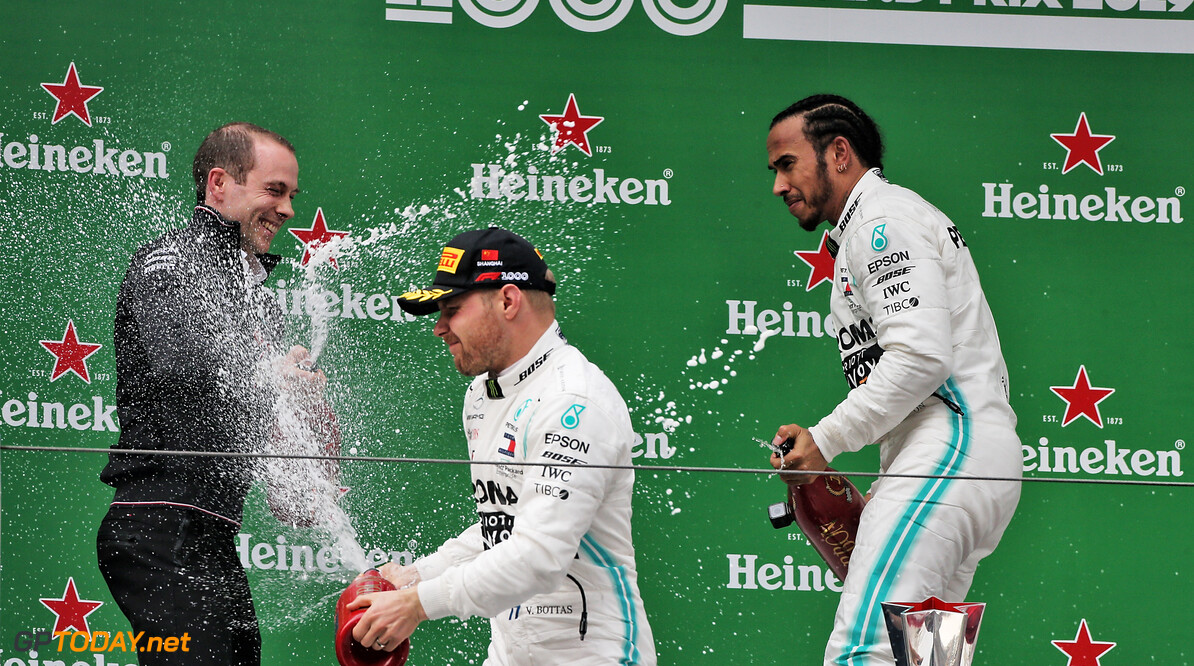 Mercedes team principal Toto Wolff admits that he didn't expect the run to victory to be so straightforward at the Chinese Grand Prix.

The Silver Arrows secured their third consecutive one-two finish, having locked out the front row in qualifying.

Valtteri Bottas started from pole position, but it was Hamilton who got the jump off the line and led into the first corner.

Mercedes then disappeared up the road and never faced a threat from Ferrari or Red Bull. Wolff says that the team's advantage over Ferrari was a surprise.

"Based on our long run simulations we didn't think it would be so straightforward and our advantage to Ferrari came as a bit of a surprise,” said Wolff.

“They still look very quick on the straights; I'm not sure it's just the power, our car is maybe a bit draggier than theirs, but we have to keep working on our straight-line performance.”

Wolff also hailed Mercedes' work to successfully double stack Hamilton and Bottas when both drivers made their second pit stops, knowing that it could have ruined both races.

“Stacking the cars for a double pit stop was a risky moment because you have everything to lose when you're leading the race,” he said.

“But we thought we would lose positions if we had stopped one of the earlier. Our plan worked out perfectly; it was a well-choreographed pit stop and the team did a brilliant job.

"Baku is a different ball-game, there's a very long straight and we need to get the power and drag level there right," Wolff said. "I think we'll be up for the fight and I'm looking forward to it.”