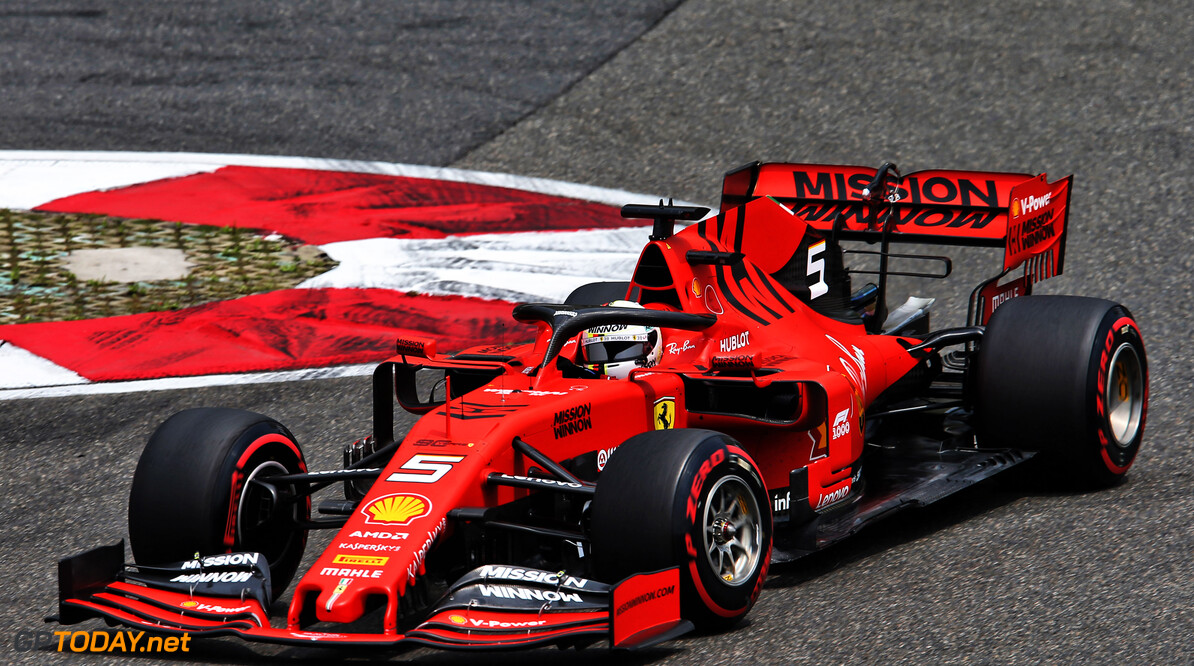 Vettel: Difficult to find a rhythm after team orders

Sebastian Vettel says that he found it difficult to slip into a rhythm after Charles Leclerc let him past for P3 early on during the Chinese Grand Prix.

Ferrari instructed Leclerc to let Vettel by, as Mercedes was pulling away in the top two positions.

After Leclerc let him past, Vettel didn't draw a gap to Leclerc while Mercedes continued to gain time. The German admitted that he made a number of minor mistakes which prevented him from going faster.

"I felt that I could go faster, but then it was difficult for me to find a rhythm, so I had a couple of wobbles where I locked up and lost the advantage that I gained," he stated. "But it's fair that if you see the whole race, we couldn't stick with Mercedes.

"It's a shame he couldn't get Max at the end, I was following the tower in the middle of the track and was hoping for him to pip Max. I think it was very close. There's plenty of homework for us, a good result but not a great result."

Crossing the line in P3 marks Vettel's first podium finish of the season after fourth and fifth place finishes at Australia and Bahrain respectively.

The four-time world champion was involved in a close battle with Max Verstappen after the first round of pit stops, which he described as a "fun" fight.

"I'm happy to be on the podium," Vettel said. "It was tough, we tried to stick with them but we just couldn't. They were too quick, right from the start.

"I had a bit of a race with Max which was good fun, but the objective was to chase them [Mercedes] down. But as I said they were too quick for us today so well done to Lewis and Valtteri.

"I saw him [Verstappen] coming and the speed delta at the end of the straight is quite big now, so knowing Max as well as I do I knew that he would try [an overtake].

"Predicting that he would go down the inside, I tried to cut back and it worked. I had a bit of a moment, I had to open the car a bit but it was good because I could just get a car length ahead. The angle for him going into the final corner wasn't very sexy.

"It was good fun, but as I said, I would have liked to have been a bit faster.