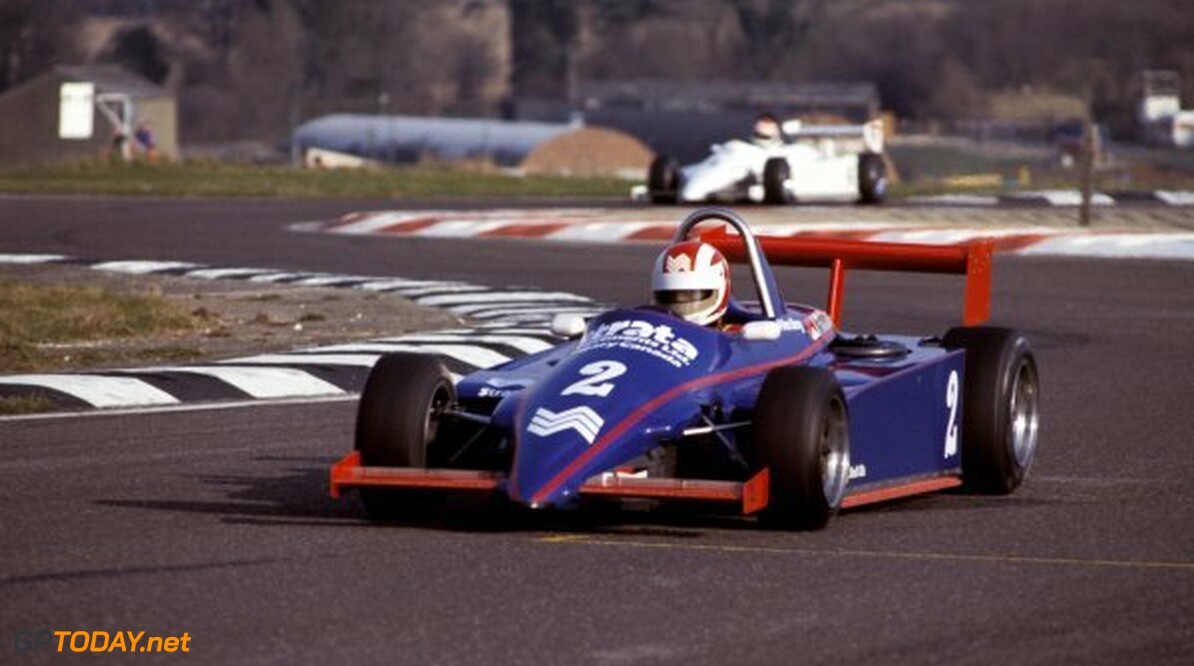 As a former competitor of Ayrton Senna in the 1983 British Formula 3 Championship and teammate of Martin Brundle at Eddie Jordan Racing, Allen Berg knew the battle for the title like the back of his hand.

In an exclusive interview with GPToday.net Berg gives an insight into the British Racing scene of the eighties. He also drove as an Osella Alfa Romeo at nine Formula 1 Grands Prix driver in a very limited car. Berg was not to blame for the fact that the results could not make the front page of the Canadian newspaper.

Nevertheless, Berg has achieved excellent results in the junior classes during his career. In 1982 he won the Formula Pacific Series in Australia and New Zealand. He came second in 1984 behind Johnny Dumfries in the British Formula 3 championship. Allen Berg is a born racer who has been active all over the world because racing was a hobby. Berg ended his career in Mexico where he rode the Mexican Formula 2 and Mexican Formula 3 championships for many years.

Allen Berg, now the owner of a racing school that is located on the beautiful circuit of Laguna Seca, kindly made time for us. He shared some great stories about Ayrton Senna: how he was as a human being, how he viewed the British System of Motorsports, what political interests he had and how he wanted to change the safety of the sport in 1983.

GPToday: "Al, thanks for your time. How was Ayrton as a person when you rode against him in the 1983 British Formula 3 Championship?"
Allen Berg: "I like to make time for people who want to talk about historical things, it is also fun for myself to share these things. Ayrton came from Brazil and you noticed he was different. He came to Great Britain with a 'backlog', he didn't speak the language well and was regularly hard hit by the British press. Remember that this boy left everything behind him in Brazil to race in England, the birthplace of motorsport."

"It's really not an easy task to harvest in a country that had a few radio stations and four television channels at the time. You have to have an incredibly big character to be able to get through it. I know he was very homesick, that's why he flew up and down to Brazil several times during the season. Nevertheless, he had a very strong character and he did not let himself be dismissed easily. For the English-speakers and the British, he was an 'outsider'."

GPToday.net: "How did the outside world view him?"
Allen Berg: "There was a form of respect on the grid. Especially the first races. I think he won about ten races in a row. Later in the season, when I became a teammate of Martin Brundle at Eddie Jordan, you saw him having trouble more and more. Eddie Jordan was a real businessman who could make money out of a hat, Dick Bennetts (for which Ayrton drove) was more of a technical man who was a fine engineer.

"Ayrton was hit hard in the media. Especially when things went bad. Somewhere halfway through the season that started. After his European race in Silverstone, the reviews were not soft. Somewhere that was totally unjustified, I also recommend everyone to have a look at his results from that period.

GPToday.net: "What were his specific qualities as a young driver?"
Allen Berg: "He saw everything. When he looked in his mirror he knew exactly what happened hundreds of meters behind him. I don't know if you know how big a mirror is on a racing car, but I can tell you that it's not that big. We drove on Thruxton in the middle of the season. The race had just started and we were about three quarters on our way in the first lap.

"Years later when I was thinking about it, I realised that something special had happened. I kept asking myself how it was possible that he had seen that. How incredible a vision do you need to register that little moment, record it and talk about it later? Even if you're in full concentration to drive your own race! That's really unique, that's what the class radiates from.

GPToday.net: "How was he on the track?"
Allen Berg: "I was behind him during a practice session or qualification. I found that very interesting at that moment because we both had a Ralt-Chassis and a Toyota engine. This Toyota engine came from Novamotor. I was surprised how he managed to run a few meters towards me every corner. Was that due to adjustment, did he have more power? I didn't know at that moment.

"But he could just generate more speed in the corners. It was like he had a sixth or seventh sense. He could steer into a corner and know exactly where the most grip was at that moment. He could do that under any circumstances. He could really read a track from A to Z. Something the current drivers can only do through the data system. It used to be different, then we used pen and paper to write exactly what speed we had in the corner.

"These 'key figures' were decisive for us. Today everything can be read from a screen. I do think that technology has made things easier for the drivers today. In the past, we had to discover everything ourselves, it was more a matter of feeling. Ayrton seemed to have his own computer on board in his brain. In my opinion, he could very quickly convert things into his own data system."

GPToday.net: "To come back to that, are there so many differences compared to 30 years ago?"
Allen Berg: "Absolutely! I see it at my own race school. Everything takes place here with computers. When I train young drivers, the first thing they do is check the data when they get out of the car. Drivers are and are much better prepared today. Their engineers have more knowledge and the technology is much further. This makes it look like the drivers are performing much better today, but they have certain tools in their hands that we didn't have before. That's the big difference. The development is very nice."

GPToday.net: "In Detroit 1986 you made your Formula 1 debut in an Osella, what was his reaction at the time?"
Allen Berg: "He came to me. I didn't think I had seen him yet. He raised his hand and asked me: 'Hey Allen, how is Formula 1?' I liked that. It showed respect from his side. As driver,s you are competitors of each other but somehow you could always see from Ayrton that he could appreciate people."

GPToday.net: "What do you mean by appreciation? Was there a certain respect he gave?"
Allen Berg: "Yes, it is actually very special. Most people will think today that Ayrton was a villain who ruthlessly drove people off the track. That is not quite true. Ayrton cared about his fellow drivers. He has always been busy with the safety of the sport. He has always been concerned with the honesty of the sport. Many people don't know that, but during briefings, Ayrton was always the man who touched on safety. Sometimes to the annoyance of the people of the FIA. Yet this man had a certain vision and he liked to take responsibility. Even in 1986 when he drove with Lotus."

GPToday.net: "You said he wanted honesty in the sport, do you have an example of that?"
Allen Berg: "During the 1983 Formula 3 championship he told us that he was driving against the British system. He was absolutely right. As an outsider, I noticed that too. British motorsport was not objective. Journalists made his mistakes bigger than they actually were. The British system is more of an overarching myth.

"British drivers first. That's why it soon became clear that the gun factor in 1983 was entirely at Brundle and not at Senna. Ayrton of course also discovered that the press had dealt with him hard, but he was nevertheless a go-getter. He won a race in 1983 while having a forty degree fever. That showed that he had started to send a message. He looked very bad that weekend, but showed his willingness to go for it. "

GPToday.net: "How did you find Ayrton came across in the media?"
Allen Berg: "He was charismatic. I can give an example: During the first Grand Prix of Hungary in 1986, the first race behind the Iron Curtain, five men were invited to a press conference. Ayrton and I came from South and North America. The other three were Europeans. Ayrton took his place and answered all the questions in detail.

"He loved the pit facilities, he liked the entrance to the circuit, the hotels were good, the stands looked great, the asphalt layer had a lot of grip. All in all, every question was answered by him. I think he spoke for ten minutes. After that, he apologized because he had to go to the meeting of Lotus. All the other drivers who sat at the table during that press conference gave the same answer to every question, their answer was: 'The same as Ayrton'. That showed that he was the benchmark, could actually tell everything that was going on in the minds of those other 30 drivers. The man was incredibly intelligent, just a 'World Class Athlete'."

GPToday.net: "Finally, what will you always remember about him?"
Allen Berg: "He was compassionate, but he cared about all the other drivers. After my Formula 1 career, I continued to follow the sport and I was a fan of him. It may be strange for people to hear, but I loved the way he put those world titles together. Ayrton took on every challenge and wanted to go for every challenge.

"It's not that he went down to midfield, something you've seen in the later career with other drivers, for example. It was a sad day 25 years ago at Imola. The sport has lost a great person and a great champion. He died in his harness, died while doing something that made him happy, he didn't die like a rearguard driver but while leading the race. That was Ayrton."