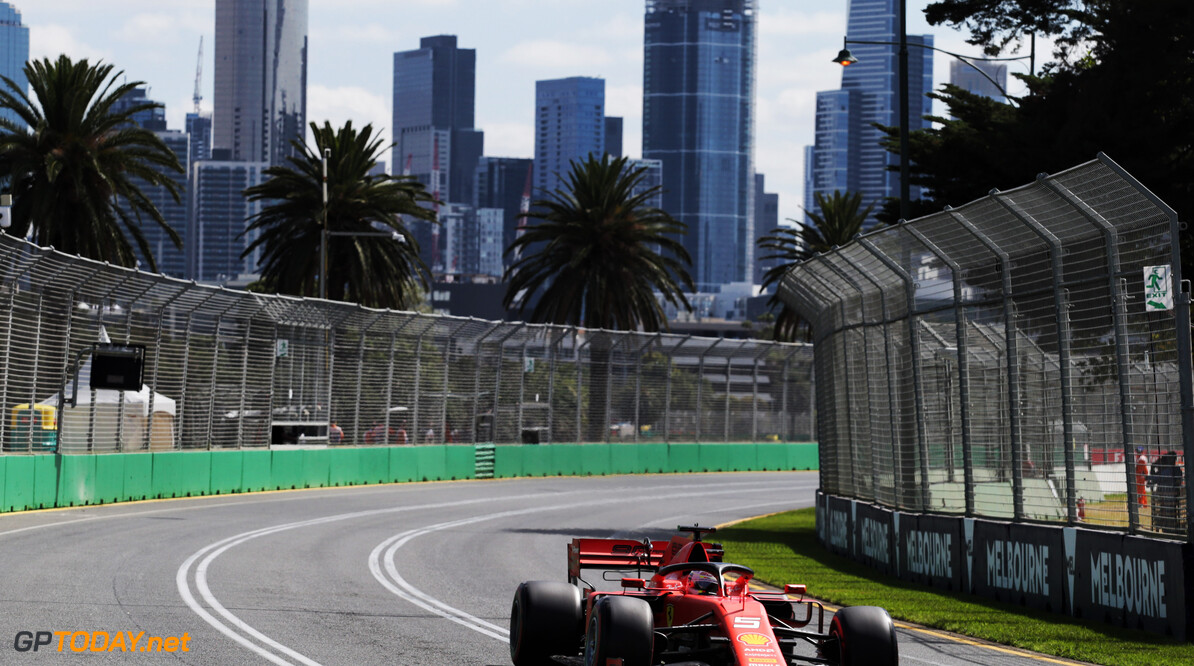 Vettel: Mercedes appear to be in a 'league of their own'

Sebastian Vettel admits that Mercedes look to be in a "league of their own' following the opening day of practice from Melbourne.

The Silver Arrows ended second practice eight-tenths ahead of Red Bull, who was its closest challengers.

Vettel concluded proceedings a little further down on pace-setter Lewis Hamilton, and says that the reigning world champions once again look strong - putting into question the claims that were made in Barcelona about Mercedes' lack of competitiveness.

“I think they [Mercedes] looked really quick,” Vettel said. “I don’t know if it was just us struggling a bit, but as a matter of fact they were in a league of their own.

"What was all that bullshit about with them being out of shape and so on? I didn’t understand that to be honest. So it was a bit of a surprise.

“Maybe everyone else was struggling and then we can turn it around, but they looked very strong and much stronger than they claimed before the weekend.”

Vettel highlighted that he lost confidence in the handling of the SF90 in the afternoon session, and affirmed that Ferrari is working hard to sort out the problems before Saturday's action kicks off.

"It was a tricky day for us,” Vettel said. “I think for us we are not where we would like to be - not in terms of lap time but in terms of car feel and handling.

"We didn’t really get into the groove and rhythm and that’s quite important around here.

“I had this more than once, but I can feel that I have the car under me that I had in testing but it is not doing the same thing here and there and that is why I am lacking confidence.

"But we are all here working flat out to try and to try and understand what happened in the session, the things that we tried and how they changed it.

“So I don’t think it was an awful session. I think here and there bits were good so it’s about how we go from there and the things we can build on.”