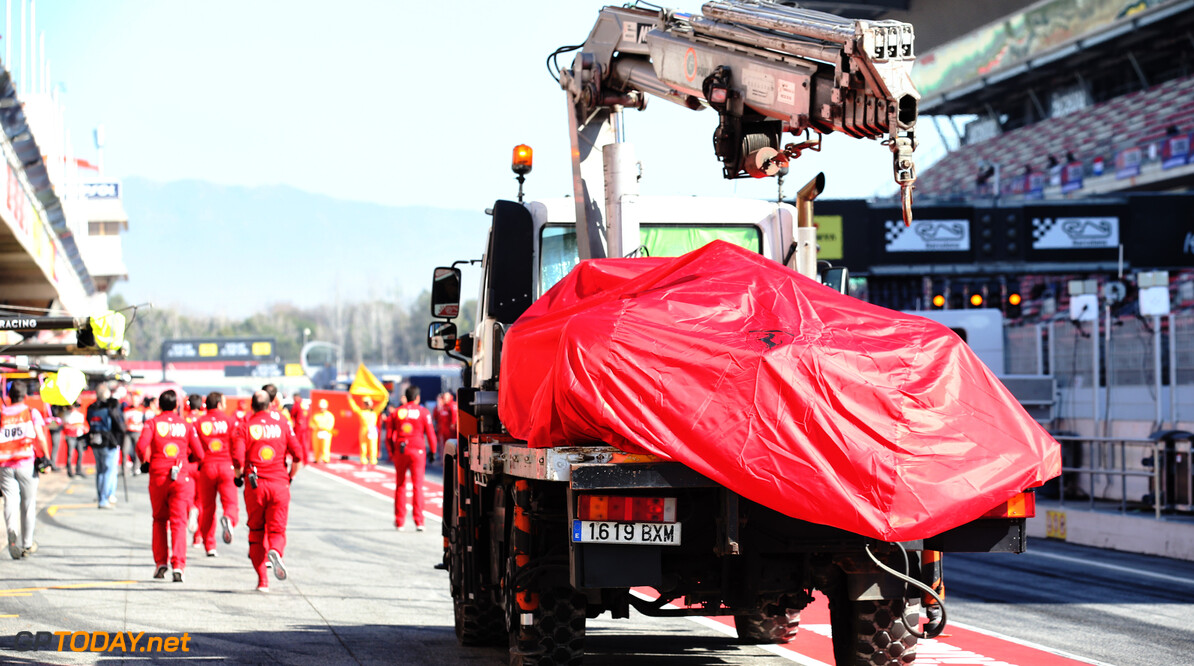 Vettel 'couldn't do anything' to avoid Turn 3 crash

Sebastian Vettel says there wasn't anything that he could have done to avoid his heavy impact with the barriers during Wednesday's test session.

Vettel's crash caused a 40-minute delay as the marshalls recovered his car that hit the TECPRO barriers head-on. Ferrari soon confirmed that a mechanical issue caused the incident, adding that the car was unlikely to run for a number of hours.

Speaking to media including GPToday.net after the accident, Vettel confirmed that the crash was a result of a car issue, but admits the team is still looking into what caused it.

"I was heading into Turn 3 and by the feeling, there was an issue with the front left corner [of the car]," the four-time world champion said. "There wasn't anything I could have done to avoid the impact. After that, I wasn't in control of the car anymore and I went straight into the barriers.

"We are flat out trying to understand what happened. It would have been a lot easier if there was run off and the car didn't hit anything right after, because now you can imagine, there's damage from the hit. We have to be careful in understanding what was the problem.

"That's what everyone is looking at here, at the track, but also in Maranello. It's disappointing for us."

Ferrari also lost some on Tuesday's morning session, as Ferrari ran procedures in its cooling system.

Vettel is remaining positive, stating that he is still happy with the feeling of the car, despite the issue that he hit this morning.

"Overall, the car is still good," he said. "We've been exploring a lot of things since day one and the last week has been very productive. Yesterday, we could recover some of the track time lost in the morning. So I'm still positive with the car and the feeling inside it."