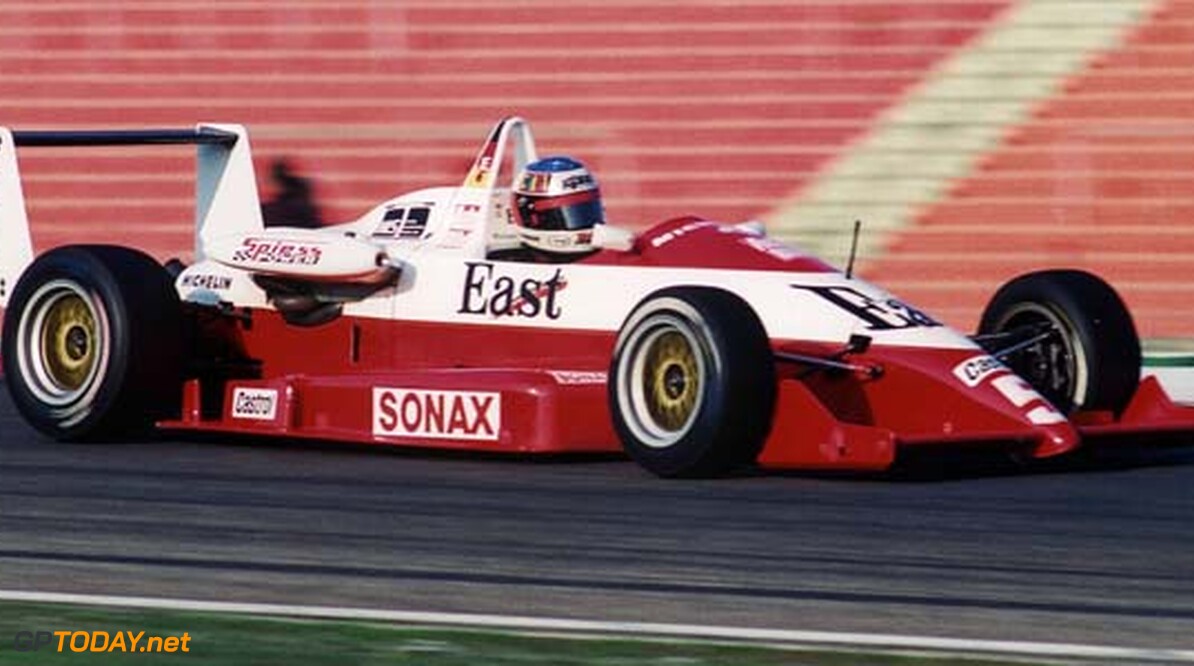 Michael Schumacher will turn 50 on Thursday, 3rd January 2019 which is reason for F1Today to look back through of the man who leads many of Formula 1's drivers' statistics. In the first edition - we look at the journey Michael had before reaching the pinnacle of motorsport.

Michael started racing in go-karts at the age of four. At first, it was a normal, unaspirated kart, but over time, his father Rolf decided to put a small engine in it. His parents then decided to take him to the kart track in nearby Kerpen. Here Michael made his first meters as the youngest member of the club. Rolf decided to build his own kart after collecting various parts and Michael won his first club championship at the age of six. For the following step, Michael's parents had to work more. When he needed a new engine for his kart, he was supported by Jürgen Dilk. Dilk, a local businessman, continued to support Michael's kart seasons. Dilk also provided sponsors, so that Michael could continue to drive his races without problems.

Michael achieved excellent results in his kart career. In 1984 he became the German Kart Junior Champion and would repeat this in 1985. In 1986 he finished third in the German Seniors class and also achieved a third place in the European championship. After Michael stopped school, he gained experience as a mechanic which would help him in the course of his career.

With the help of Jürgen Dilk, Michael decided to make the switch to motorsport. At the age of 19, he competed in the European and German Formula Ford championship for Eufra Racing. Michael achieved excellent results in these championships. Combined, he scored eight podiums in eleven races, including four victories and started from pole position during one of the European Formula Ford race. He was second in the European Formula Ford championship behind Mika Salo that year. But Formula Ford was never the main goal for Michael in 1988. His real goal Formula Konig. In a season that had ten races, Michael won nine, becoming champion with almost a maximum number of points. With 192 points against the 131.5 from Austrian Georg Hutter, Michael was supreme. This title, combined with his excellent performance in Formula Ford 1600 saw Michael come on Willi Weber's radar.

Willi Weber placed Michael in Formula 3 in 1989 in his WTS-Team. Previously Weber conducted a test at Hockenheim and was immediately convinced by the class of Michael. Weber paid for Michael's seat out of his own pocket and was convinced that he had a very large talent in his team. In 1989, the German Formula 3 Championship had a very large set of talents on the field. In addition to Michael, Heinz-Harald Frentzen, Michael Bartels (financed by Klaus Graff, the father of Steffi), the fast lady Ellen Lohr, Marco Werner, the Austrian Karl Wendlinger and the Danish Tom Kristensen were also active in the championship. Michael started the season with three third places in a row. He defeated Heinz Harald Frentzen during the fifth race at the Zeltweg circuit in Austria and won his first Formula 3 race. This victory was made possible by his first pole position of that year. During the eleventh round of the championship at the Nurburgring, Michael again drove the fastest time in qualifying. He started from pole position and won the race. He was involved in a hard fight for the title until the end of the season. Eventually, he would be third in the championship. Karl Wendlinger got a point more than Michael, while Heinz-Harald Frentzen gained the same points as Michael, but had a victory more. During the Macau Grand Prix at the end of the year, Michael won the qualifying race, but during the main race he dropped out.

In 1990, Schumacher was the obvious favourite for the title. He became champion in style and the world of motorsport became acquainted with a competitor for the future. Another upcoming driver, one Mika Hakkinen, would drive the last race in the German Formula 3 championship at Hockenheim. The Finnish driver was faster than Michael on all fronts. This episode got its sequel in Macau a few months later. During an exciting weekend, Hakkinen was the fastest in all sessions. The Finn won the battle for pole position, was supreme during the opening race and therefore started from pole in the main race. Schumacher and Hakkinen were engaged in a hard fight. At the start of the last lap, Hakkinen drove down the long straight towards the Lisboa curve and into the back of Michael. The Finn crashed into the wall and had to exit the race. Michael was able to continue without a rear wing and took the victory in front of Mika Salo and Eddie Irvine.

Group C World Sportscar Championship and his contract with Mercedes

Weber was of the opinion that a partnership with Mercedes in the Group C World Sportscar Championship was a better career path for Michael than  Formula 3000. Weber contacted Sauber and Mercedes and found for the 1990 season a spot in the Mercedes Junior program. This program included Karl Wendlinger and Heinz Harald Frentzen. Michael had been involved in a tough fight for the German Formula 3 title against both drivers in 1989, but it turned out to be a golden choice. Under the direction of Jochen Mass, Michael developed into an excellent long-distance driver. This experience was exactly what Willi Weber was looking for. Schumacher scored five podiums in his Group C time, including two victories. As a junior-team, they started during the 24 Hours of Le Mans in 1991. Michael got Karl Wendlinger and Fritz Kreutzpointner as teammates. The team finished fifth behind the eventual winners Volker Weidler, Johnny Herbert and Bertrand Gachot. Schumacher also drove the sixth round of the Formula Nippon championship, coming second in that race . During the 1991 season, Michael came into contact with Derek Warwick during a Group C racing weekend. Warwick, a true gentleman, was not happy with the German's action. Warwick had lost his brother Paul in an accident at Oulton Park. The Briton rushed to Michael and shouted that the German was arrogant. It almost came to physical contact, but Jochen Mass kept the two apart. Mass later said about the incident: "Michael was not arrogant, he was always busy learning, he wanted to know everything and asked me questions continuously about everything that had to do with motorsport."

In our next part, we take a closer look at the first Grands Prix of Michael, we talk about the connection with Flavio Briatore and his journey through the 1991 season.