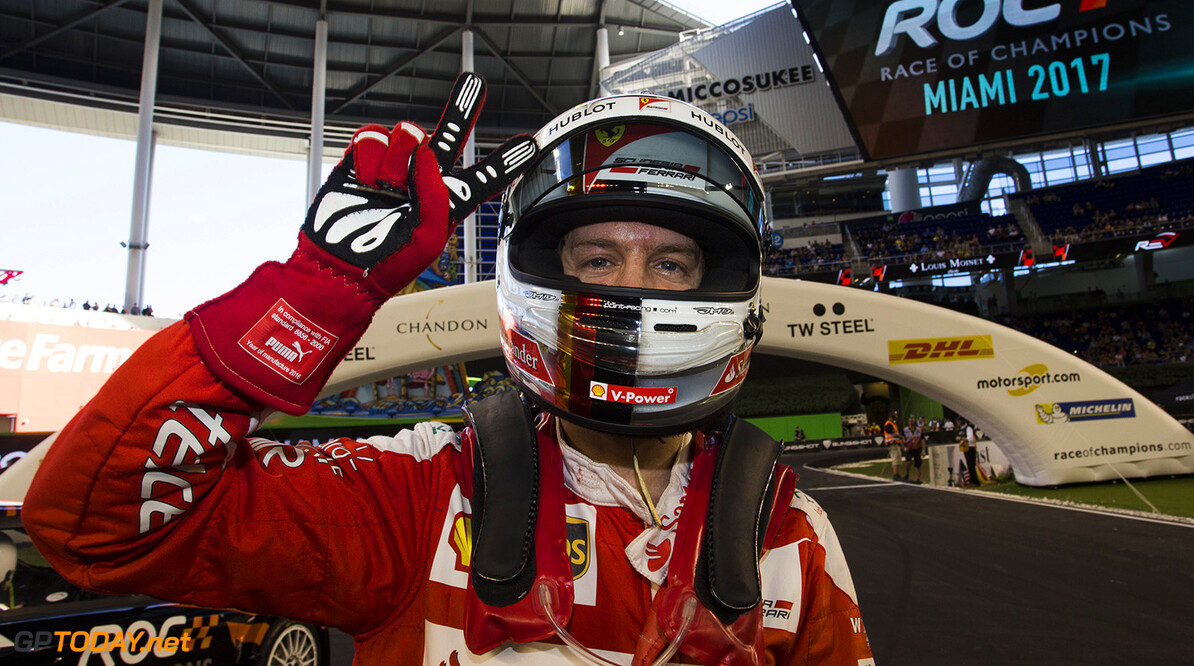 Mick Schumacher to partner Vettel at Race of Champions

Mick Schumacher has confirmed that he will be attending the Race of Champions in Mexico in 2019. The 2018 Formula 3 European champion will be a part of Team Germany and will have four-time F1 champion Sebastian Vettel as his teammate.

Vettel has plenty of experience at the annual occasion. Germany won the Nations Cup every year from 2007 to 2012, with Vettel racing alongside his hero Michael Schumacher at six consecutive events.

Now, he will be partnering up with his son Mick, who says he is honoured to be on the driver's list: "I am overwhelmed that I've been invited to participate in the Race Of Champions as the champion of the FIA Formula 3 European Championship,” Schumacher said.

“And I'm even more overwhelmed that I'm going to form Team Germany with Sebastian Vettel. It's going to be tough because Sebastian is a big player in the Race Of Champions and of course I want to be a worthy teammate for him. I'm honoured to enter this competition which my father always loved and in which he set the bar very high together with Sebastian.

“There are so many renowned drivers in action and I'm looking forward to competing against them and getting to know them better; I'm looking forward to the fun we'll all have together and which we'll offer for the spectators in Mexico. I'll do everything to get far in the individual event and to win the ROC Nations Cup trophy with Sebastian for Team Germany.”

The 2019 Race of Champions will be a two-day event from on January 19-20, held in Mexico City. The stadium section of the Autodromo Hermanos Rodriguez, which hosts the Mexican Grand Prix, will be used as the arena.