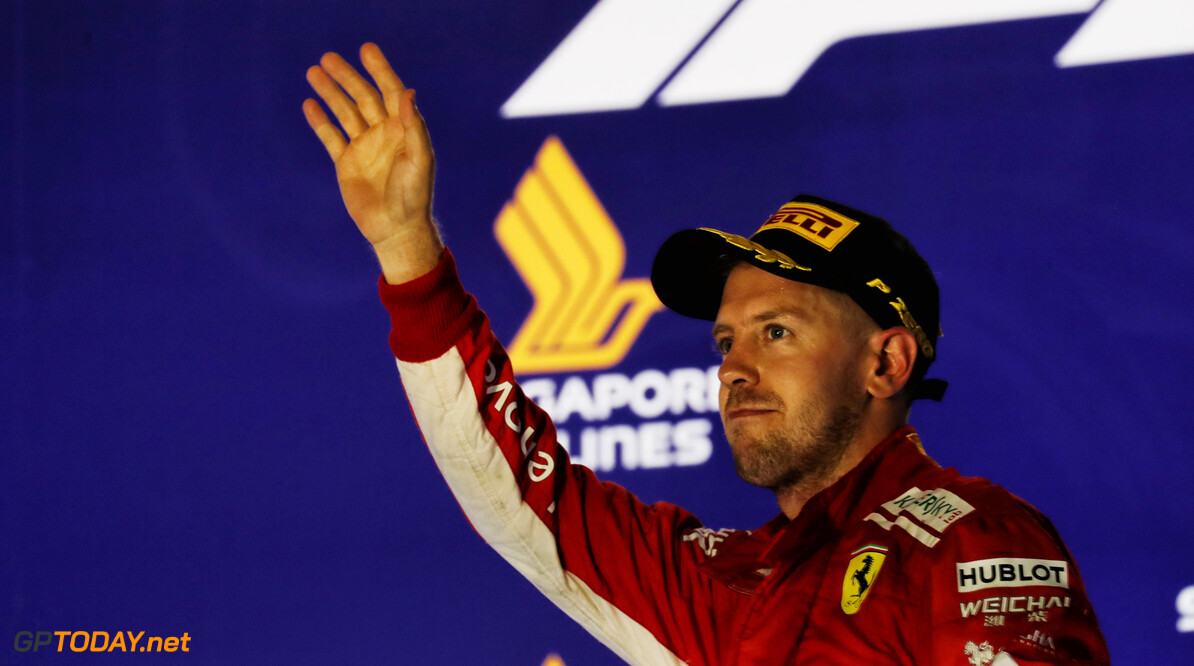 Sebastian Vettel believes that Singapore was the turning point for the championship against Lewis Hamilton. Hamilton wrapped up his fifth title on Sunday, crossing the line in fourth place at the Mexican Grand Prix.

Hamilton has held the championship lead ever since the German Grand Prix in July. That race saw the Briton win from 14th on the grid after Vettel crashed out when rain began to fall. After the summer break, Hamilton won four in a row from Italy to Japan.

At the Singapore Grand Prix, Vettel was the clear favourite for the weekend as historically, it wasn't a circuit that favoured Mercedes. But Hamilton produced a stunning lap in qualifying and went on to complete the win, which Vettel has highlighted as the turning point for the championship.

"For me it was more Singapore," he said. "I think from Singapore onwards we just didn't have the pace to keep up with Mercedes for a couple of races and then obviously some other things happened on top that didn't help and we couldn't score the points due to mistakes that we did and the mistakes that I did."

Vettel's championship hopes unravelled as the second half of the season wore on after he was involved in a series of spins in Italy, Japan and the US. Despite Germany being the stand out lowest moment in Vettel's year, he says he can't be too hard on himself for what happened.

"I can't be too hard on myself with what happened in Germany because it's not like... I've done much bigger mistakes this year, but obviously it was the most costly one. Unfortunately it's part of racing: when you push you might be sometimes pushing a little bit too hard. I chose the wrong corner [to do it] as well [because of the waiting gravel trap].

"But anyway, it's behind me and I'm not really thinking about that too much. I consider it part of racing and it happens to others as well. So, yeah, seeing that I struggled in the last couple of weeks, just for pace and speed, that was probably more defining than that."