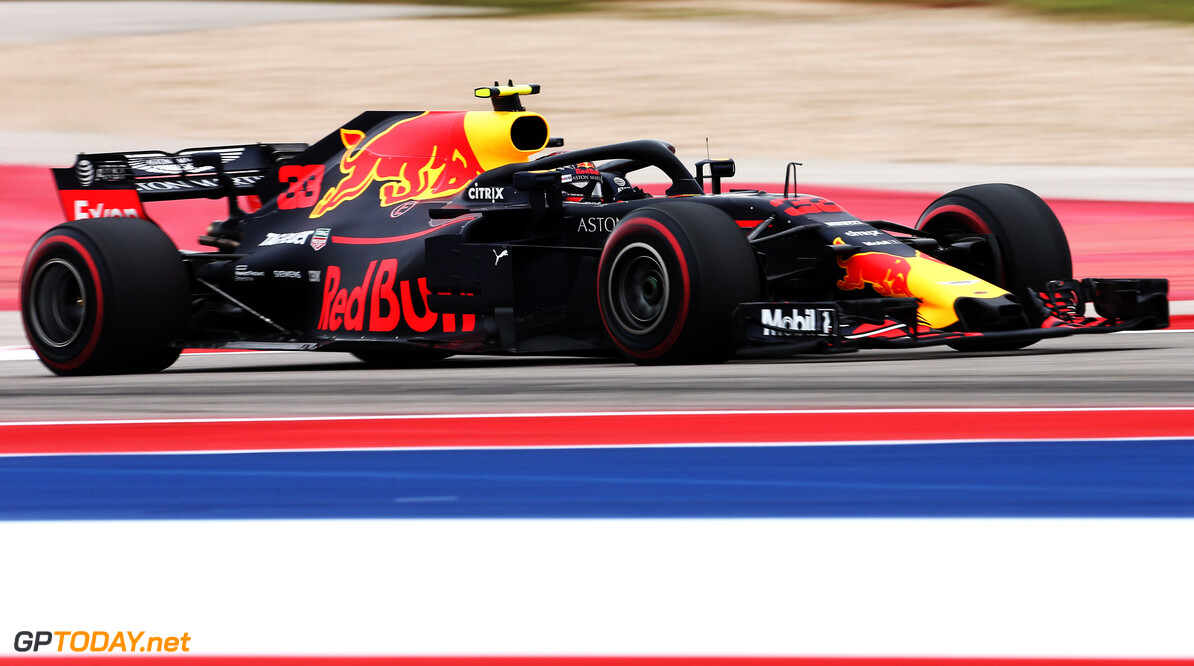 Max Verstappen says that the problems he suffered from during qualifying in Austin were "weird to understand". The Dutchman saw his session come to a premature end when he hit the kerbs on the outside of Turn 15, which broke the right rear suspension on his Red Bull.

The driveshaft was also damaged, but Verstappen managed to bring the car back to the pitlane. The incident happened at the end of Q1, but his mechanics couldn't fix the issue in time, and he is now set to start the race from thirteenth on the grid following penalties for both Toro Rossos.

Speaking on Saturday afternoon following his early exit, Verstappen admitted confusion over the incident as he stated that he and his fellow drivers had ridden over the kerb before with no issues.

“I touched the outside kerb and it failed the suspension and took the driveshaft out, which is a bit weird because before we were always taking that kerb, because it opens the corner a little bit more to make it faster,” Verstappen explained.

“Those kerbs have been there for like two years now, so it is a bit weird to understand. Also everybody else in qualifying took those orange kerbs and on our car it failed. We’ll have a look into it.”

The 20-year-old is targeting a strong race and is aiming to bring home more points for the energy drink squad: “I think the pace in the race is always a bit more competitive, so I hope that we can clear the midfield quite fast like last year and then we can still do a good job,” Verstappen said.