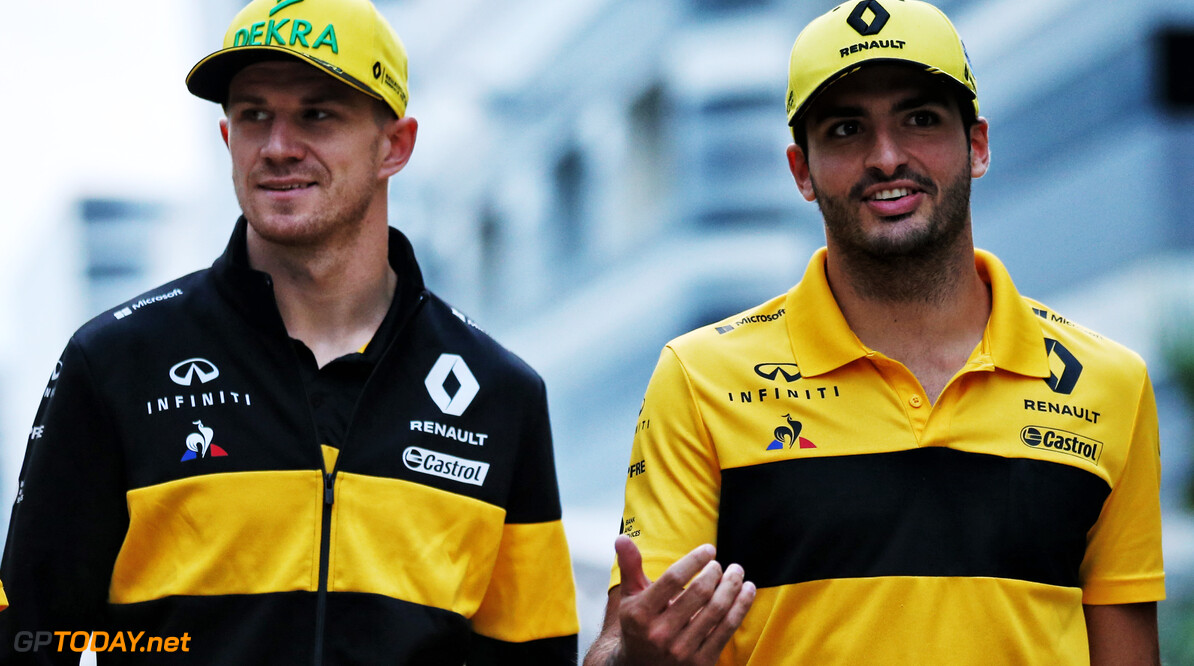 Renault is hoping it can regain its form this weekend at the US Grand Prix as it aims to keep Haas behind for fourth in the constructor's standings. The French squad is currently eight points ahead of Haas, who has been closing the gap for a number of races.

Since the return after the summer break, Renault has scored much fewer points than the American squad. Hulkenberg admits that its been a tough run of races, but is hoping that the team can pull back some points this weekend.

"It’s been a tough couple of races, but we remain positive and eager to bounce back for the last four weekends of the season," the German said. "Japan didn’t go to plan, but we’re aiming to learn from what happened to be best prepared for Austin.

"I’m determined to be in the points for the last four races – as is Carlos on the other side of the garage – so it’s going to be maximum effort to extract the most from the current package and ensure we keep fourth place in the constructors’ championship."

Sainz is entering his last handful of races with Renault, having made his debut for the team this time last year. After coming home in P10 in Japan, the Spaniard is confident that he can obtain another top ten finish in the US.

"After scoring a point in Japan, I’m feeling hopeful for Austin," the former Toro Rosso driver said. "The circuit should suit the car better than Suzuka, so we remain positive. We have to keep fighting.

"We know the second-half of the season has been tough for everyone involved with the team, but it shows we have a lot of spirit. Even if we don’t have all the pace we want, we’re still scoring points, so we need to hold onto that and keep fighting and pushing. We can meet our targets."