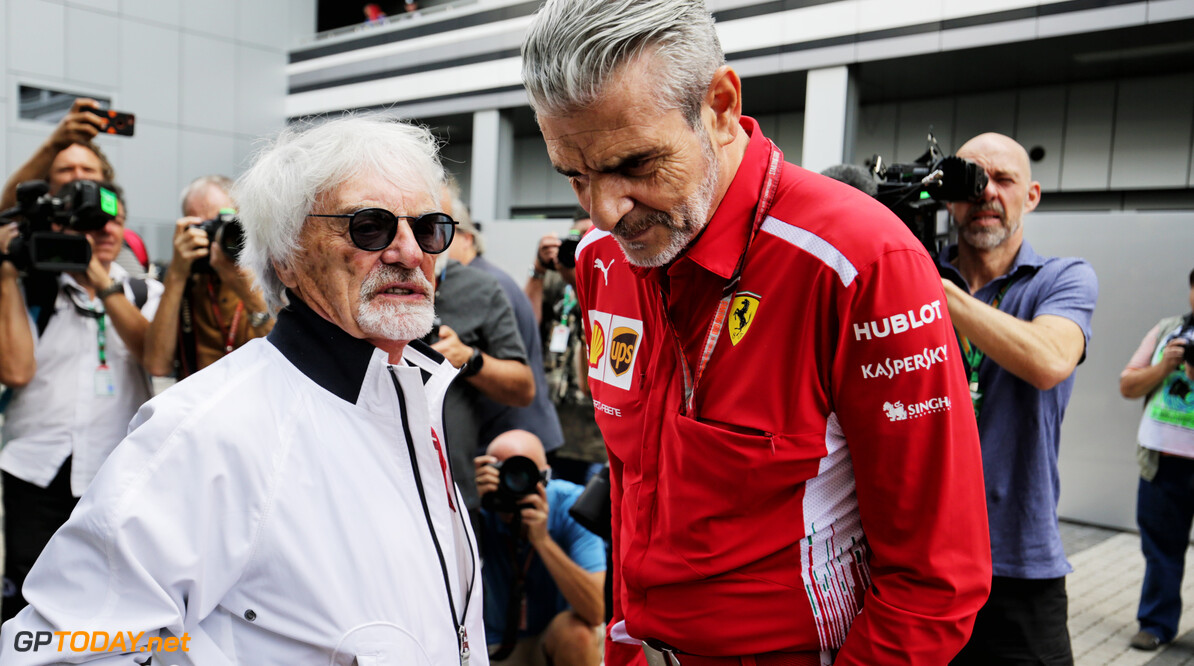 Former Formula 1 boss Bernie Ecclestone believes Ferrari is "too Italian" nowadays to win championships. The Briton says that the Scuderia outfit has drifted away from the structure that brought it dominance with Michael Schumacher during the early 2000s.

Ferrari is currently locked in a championship fight with Mercedes but sit 37 points adrift in the constructor's standings. The team last won a constructors championship in 2008, while 2007 marked the last time one of its drivers took the title.

Sebastian Vettel is currently chasing rival Lewis Hamilton, trailing by 40 points in the championship. When asked by ESPN why he thinks Ferrari has underperformed at certain points this year, Ecclestone said: "It's too Italian. I said to somebody the other day it's back to the old days."

Ecclestone's "old days" comment refers to stretch from 1980 to 1998 in which Ferrari failed to win a single championship. That was before it signed the likes of Jean Todt, Ross Brawn and Rory Byrne who all guided the team back towards success.

"We got Todt to go there and look after things a little bit, so it wasn't Italian too much, and Michael was running the team," Ecclestone said. "So it was all a bit different. I think they're missing that sort of a set-up now.

"Ferrari has got a completely different way of going on to Mercedes, haven't they. Mercedes has got a team that's pure, all they do is racing, it's nothing to do with the manufacturer. Ferrari is looking after their car production side of things, gearing that more or less to their Formula One performances. So it's run in a different way."