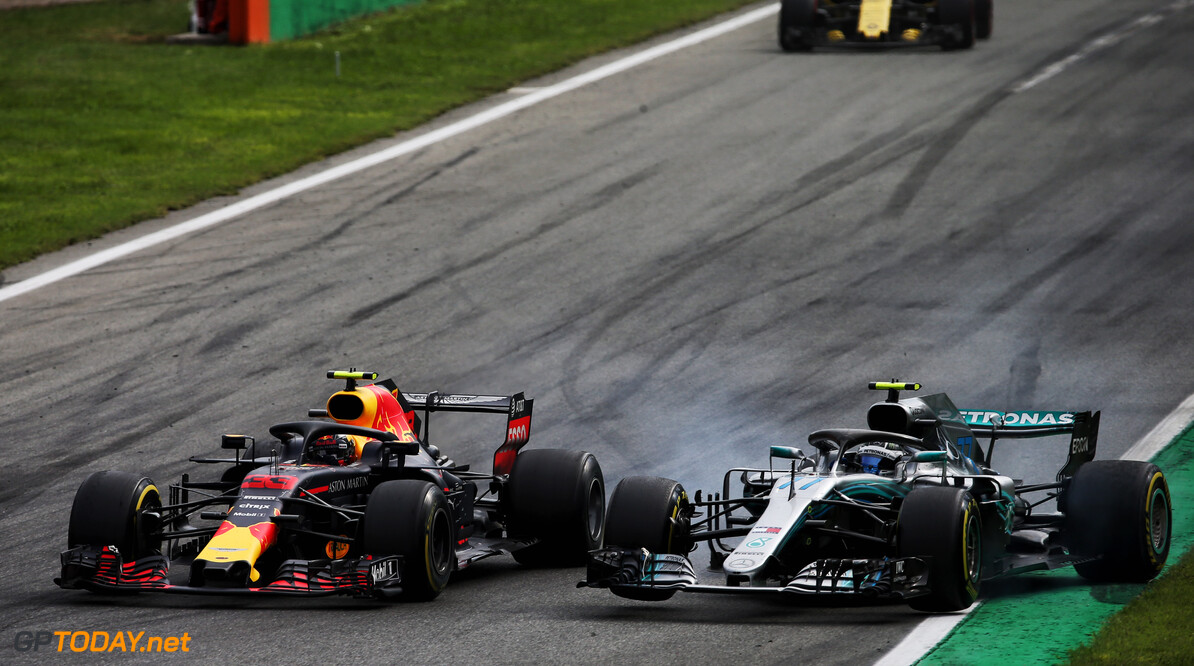 Max Verstappen says still doesn't agree with his 5-second time penalty after reviewing the footage from the Italian Grand Prix. The Dutchman made contact with Valtteri Bottas as they battled for position heading into Turn 1 late on in the race.

Verstappen moved under braking and made wheel-to-wheel contact with Bottas. Both drivers escaped damage, but Verstappen was hit with a 5-second penalty. The 20-year-old protested the punishment after the race, which dropped him from third to fifth.

“I still don’t agree with the decision,” he said. “Obviously I’ve seen the footage. I just defended. Of course, you try to make the space as small as possible so your turn-in to the corner is not compromised. We hit each other and maybe I could’ve given him a few millimetres more space, but he was on the white line.

“In hindsight it’s easy to say ‘I should’ve done this or that’, but when you arrive at a corner doing 340kp/h, it makes for a whole different decision making situation than when reviewing it on the video footage.”

Verstappen was also handed two penalty points on his super license for causing the collision. He questioned the consistency of the stewards, stating that different stewards would have taken a different view of the incident.

“It depends on the steward,” he said. “Some will give a penalty, others won’t. I don’t think it has anything to do with the rules. We can talk about the incident for ages, but the decision has been made and I won’t lose any sleep over it. I’ve only got five [penalty points] so far, so I can add another seven. The penalty point system is a bid odd, but it is what it is.”