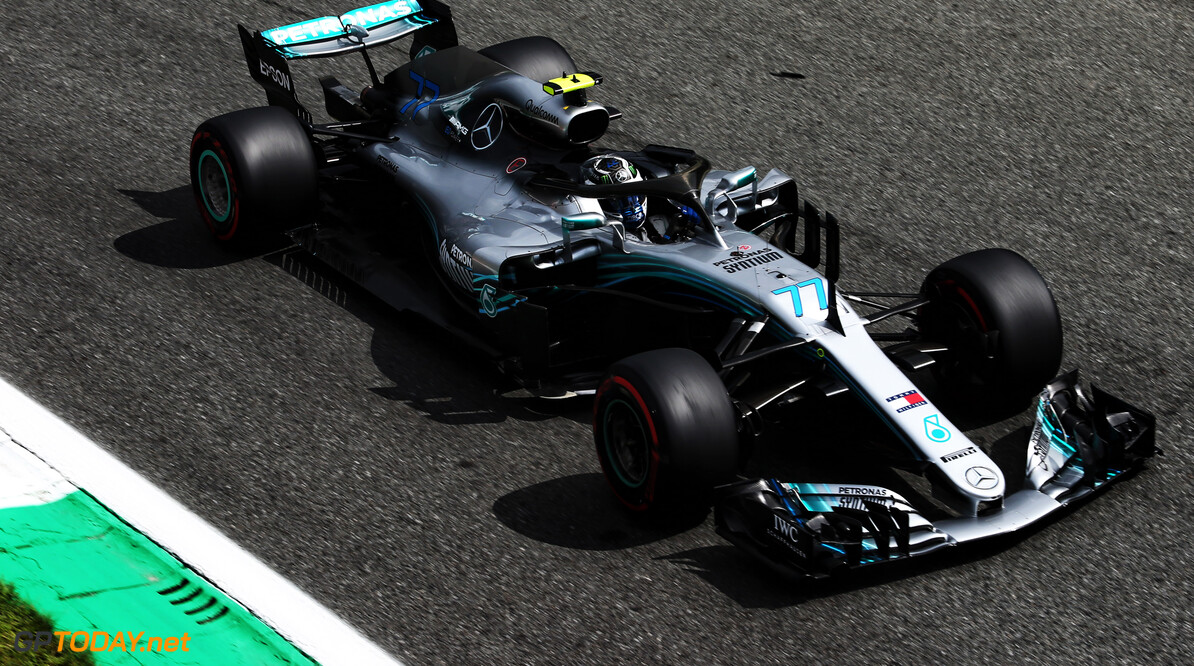 Valtteri Bottas says that a lack of confidence under the brakes was the reason behind his poor pace in qualifying. The Finn will line up in 4th place on the grid, but his fastest time in Q3 was over half a second down on Kimi Raikkonen, who claimed pole position.

Bottas is under pressure this weekend, as Mercedes has said it will study the possibility of introducing team orders following the Italian Grand Prix weekend. Bottas is currently 86 points down on teammate Lewis Hamilton, who leads the driver's standings.

Speaking about his efforts on Saturday at Monza, Bottas explained that set-up changes improved the balance of the car, but took away brake performance: "The entire day was pretty difficult for me. We made some set-up changes for FP3; the car was better in the corners afterwards, but we lost performance under braking and it just became very easy to lock up the wheels.

"Obviously, on this high-speed track you need to be able to trust your brakes; unfortunately, I was never really able to do that. Compared to FP3, the car felt a bit better in qualifying, but still not quite there. I made a mistake going into Turn 1 on the first lap in Q3 and after that it was difficult to really get the corner right in the second run."

The Finn has failed to win a race so far this year, while Hamilton has won five. Despite a disappointing performance in qualifying, Bottas is looking to the race and knows opportunities lie for him to obtain something from the weekend.

"But this was only qualifying - this weekend is not over, the race is tomorrow and we will try everything to put the Ferraris under pressure and challenge them. We'll see what we can do strategy-wise and I think the first lap is going to be interesting as we might be able to get a bit of a tow-effect into Turn 1."