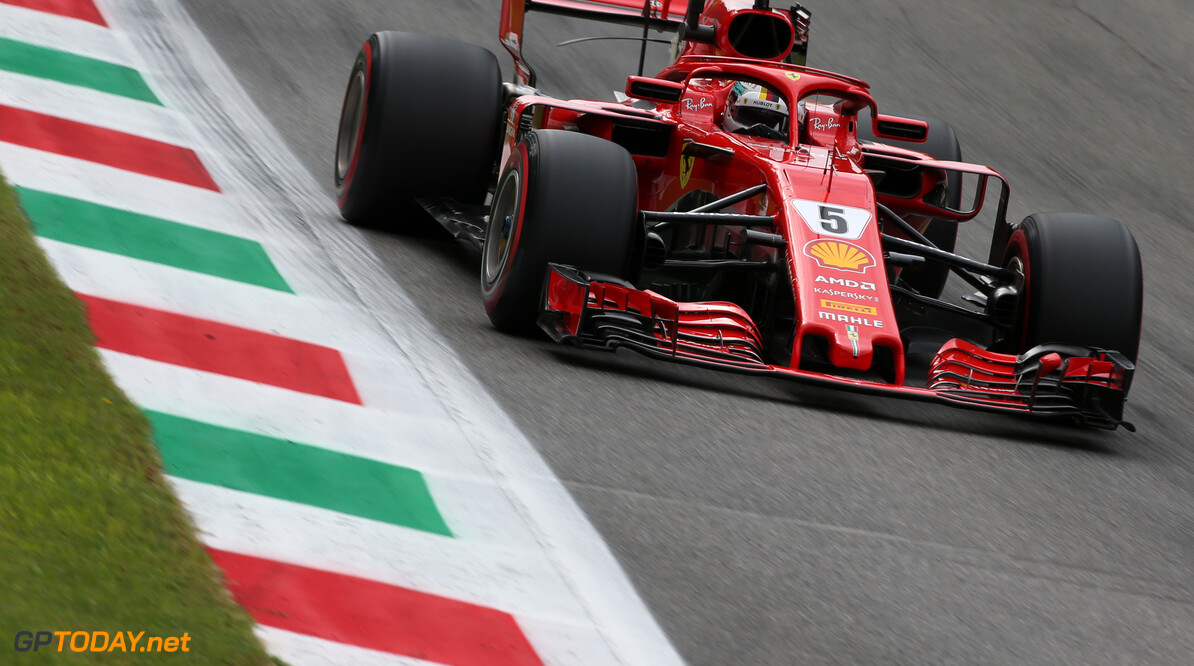 Vettel blames himself for Parabolica spin

Sebastian Vettel has pinned his spin at the final corner during free practice two as his own mistake. The German struggled through the Parabolica curve throughout the session, running wide on multiple occasions.

On his final hot lap, Vettel turned into the corner but found the rear of his car stepping out, firing him into the gravel trap. He lightly tapped the barrier but got away with no major damage, while managing to keep the engine running and immediately return to the pitlane.

“Overall it was OK. This morning was a bit difficult to read the conditions,” Vettel said. “We had a small problem, but this afternoon it was OK. The small problem was more my side, I lost some track time because I pushed maybe a bit too hard. But equally it’s good to find out. The car seemed to be OK. The most important was that we could still carry on and still gather some data.”

Despite having his issues in the second session, the four-time world champion topped the timesheet with a lap time of 1:21.105. Vettel is hoping to deliver Ferrari's first home win since 2010, but that effort was nearly compromised by his spin at the final turn. The 30-year-old has taken full responsibility for the incident.

“I tried and I know what doesn’t work, and it’s good to know," he said. “I thought I managed it without touching the barrier, but I touched it slightly, and we broke a bit of the rear-wing endplate and had to change.

“The car was fine. At least I got out of the sandpit which was difficult as a child,” Vettel laughed. "Nowadays I don’t want to spend much time there. I’m happy we could carry on.”