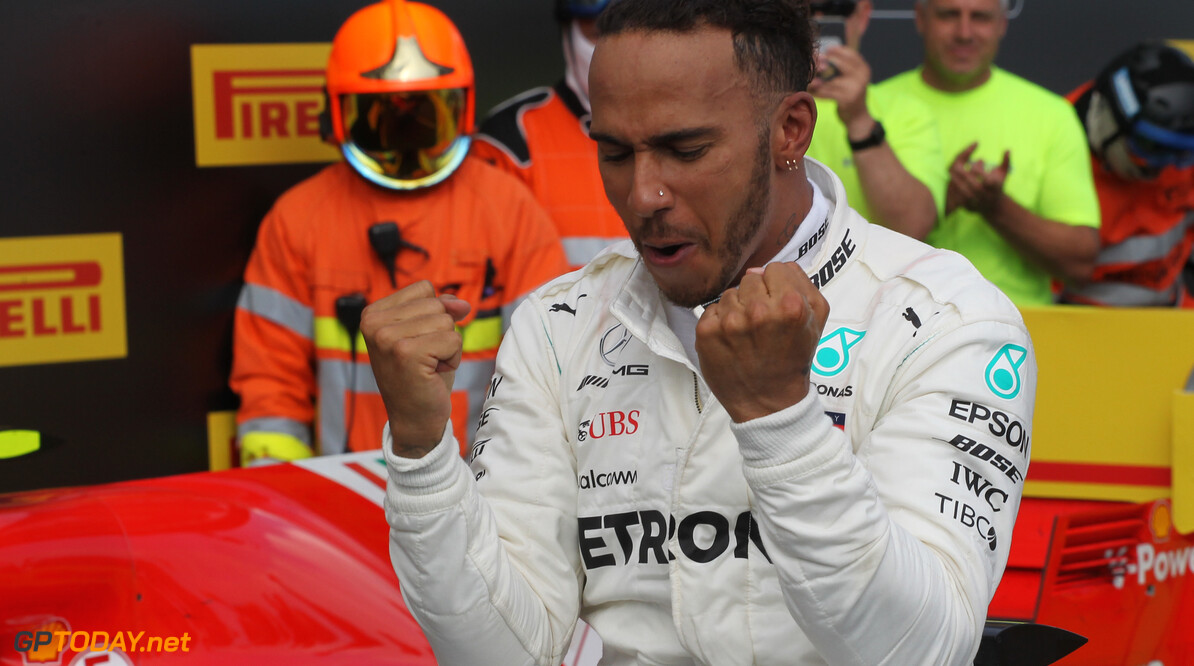 Hamilton labels Spa qualifying as "one of the hardest"

Lewis Hamilton says that his pole position for the Belgian Grand Prix was one of the most difficult that he has had to fight for. The Briton claimed his 5th pole at the Spa-Francorchamps circuit on Saturday, the 78th of his career.

While Ferrari appeared to hold the edge over Mercedes throughout the weekend, Hamilton came alive when track conditions became tricky during the final qualifying session. Just as the lights went green, the rain started to pour, causing all drivers to return to the pits to fit intermediate tyres.

However, the track started to dry near the end of the 12-minute session. Despite Vettel setting his lap after Hamilton on a dryer track, it was Hamilton who claimed glory. But the 33-year-old says that it was one of the toughest sessions of his career so far.

"That was one of the hardest qualifying sessions l can remember," said a delighted Hamilton. "None of us have been driving in the rain this weekend so l cannot even express to you how difficult that was.

"I didn't want it to rain, I was looking forward to it being close in the dry. Ferrari had the upper hand but I thought maybe I had enough to get ahead of them, which is an exciting prospect," he said.

Hamilton will be attempting to extend his gap at the top of the championship tomorrow. He currently leads Vettel by 24 points, while Mercedes hold just a 10 point margin over Ferrari in the constructor's table.