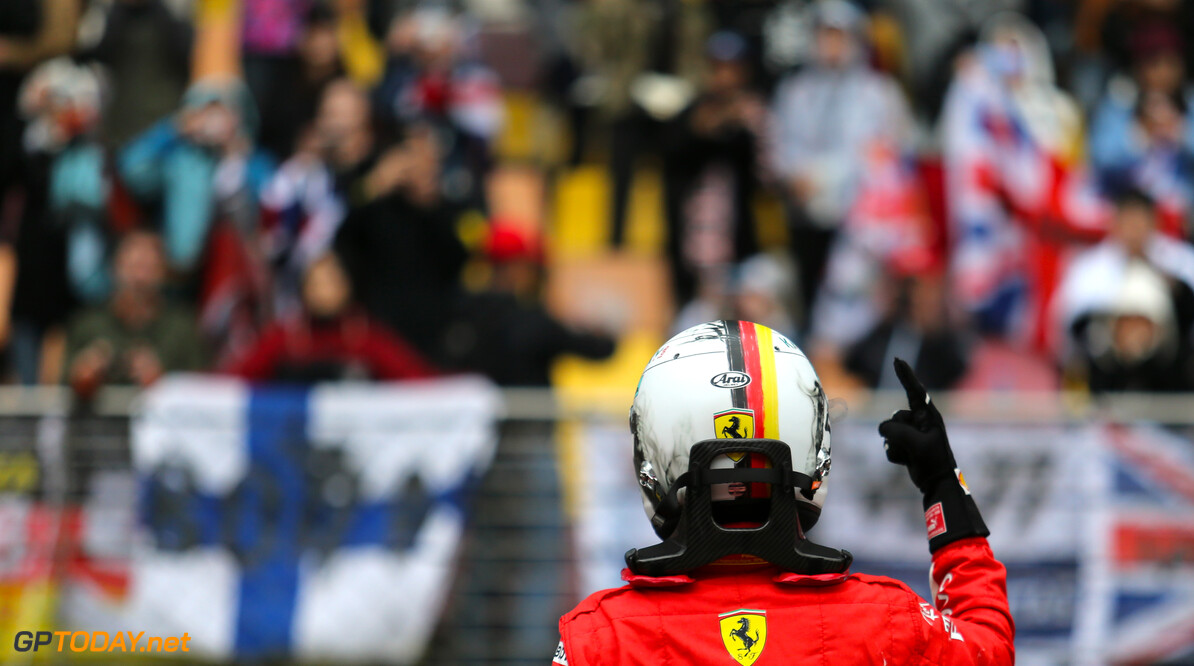 After losing his lead in the championship to Lewis Hamilton, Sebastian Vettel insists that he is not worried about the season ahead. The German led the driver's championship after the first three rounds, taking victory in Australia and Bahrain.

However, the four-time world champion dropped points in China after being hit by Max Verstappen, and also lost out in Azerbaijan after he botched an overtaking move on Valtteri Bottas. Now sitting in second in the standings, Vettel is not worried as he is confident about his car's abilities.

"The most important thing is that we have a good car," said Vettel. "We have a car that we can work with qualifying. If we can put it in the front we can fight for a win. We have good pace in the race.

“But if you are quick enough you can make things happen. Now the way the race turned out today is for some people good, for some people bad – speak to Valtteri I’m pretty sure he’s not sure because it was his win! – but that’s how it goes. As I said I’m not worried because the car is there and we need to make sure it stays there.”

Vettel led the first half of the race in Baku, but dropped to second after he pitted and Bottas stayed out. Bottas then retained the lead after safety car meant he lost less time in the pit lane. And Vettel has defended his overtake attempt, which ended up costing him a podium finish.

"I tried because I saw there was a gap. Obviously going into turn one Lewis was on my right, Valtteri was straight ahead. I had the tow, I had more speed so I go on the inside. It didn’t work, I tried, I got caught out with the bump and the front locking.

"But I don’t want to blame it on the bump nor the front linking, in the end I’m captain on board and it just didn’t work. But we can’t let one-and-a-half or two seconds of the race have a shame on all the race because there’s a lot of positives.”