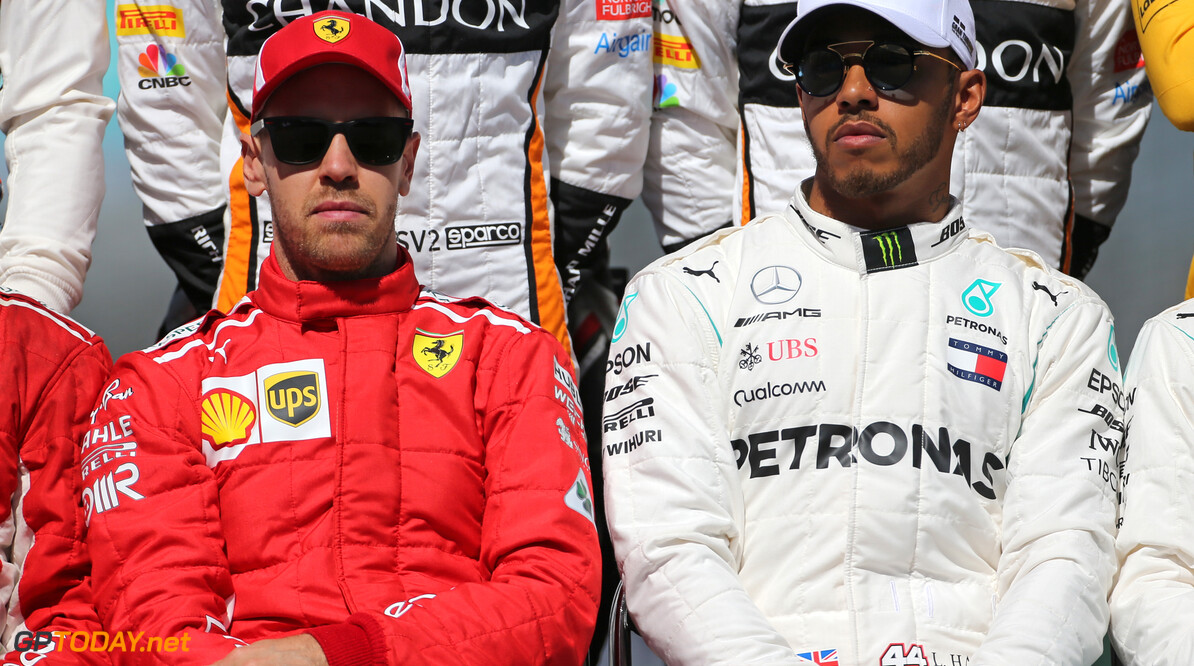 Four-time world champion Lewis Hamilton believes that Ferrari has not yet shown its true pace. At the season-opening Australian Grand Prix just over a week ago, Sebastian Vettel won the race for the Italian team after jumping Hamilton under a virtual car.

However, before taking the lead, Vettel was running in third place behind Hamilton and teammate Kimi Raikkonen. Despite being under pressure from Raikkonen more than Vettel, Hamilton was thinking that his race was against the German while he was leading.

"Everyone's talking about our 'party mode' and how much quicker we are [but Raikkonen] was very quick in the first stint it – was not easy at all to pull away from him," said Hamilton. "In my mind I was racing Sebastian.

"The Ferraris are always going to play one off the other; there's two of them. They've got two aces or whatever, two jokers. You pit one guy which forces you to protect yourself on the undercut, but the other guy's in the clear and in my mind I was like, 'Just look out for number three' as that's who I think I was racing."

Next up on the calendar is Bahrain, where twelve months ago, Mercedes lost out to Ferrari. Hamilton fully believes that the Silver Arrows can come back from the disappointment in Melbourne and claim a result in the desert.

"Everyone in the team is feeling it, but there's been so much great work, so much positivity to take forward with us. We've got a great car and we are still the world champions and with a couple of adjustments we can win the next race. I believe that."