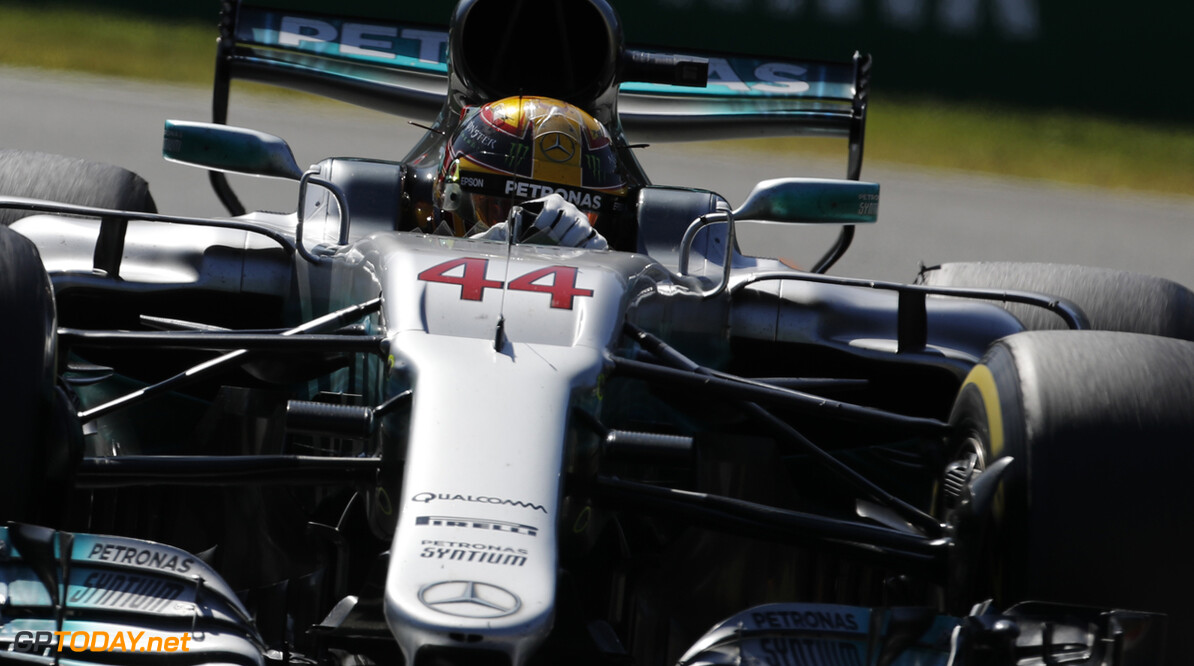 Hamilton: "I don't have one hand on the title"

Lewis Hamilton says that he does not have one hand on the 2017 world championship title following Sebastian Vettel's retirement from the Japanese Grand Prix. Hamilton won the race, keeping his lead from lights out to victory and is now 59 points clear in the standings.

Vettel was forced to retire with an engine issue, which also hampered his qualifying efforts last week at Malaysia. Hamilton now sits as the clear favourite but is refusing to get too confident at the top, stating that there are still a lot of points available.

"I wouldn’t say I have one hand on it," he said. "There are still 100 points available. I’m still going to keep the pedal to the metal.  Of course, he’s been very unfortunate through no fault of his own. These engines are so complex, but all I can really say is my guys do such a phenomenal job.

Speaking about the race itself, Hamilton admitted that the second half of the Grand Prix was much tougher than the first. With only a handful of laps remaining, Max Verstappen closed down on Hamilton, but couldn't find a way past the Briton.

"For the first half of the race it was very, very well under control. But the second half of the race was a lot harder. Tyres, balance of the car, traffic we were getting a lot of the time. Then with the Virtual Safety Car, which I did a good job under, the front tyres weren’t working so I had massive understeer.

"Then all of a sudden he [Verstappen] was on me," the 32-year-old continued. "He looked so big in my mirrors but really grateful the car stuck together and I didn’t make any mistakes. I’m really proud of that."