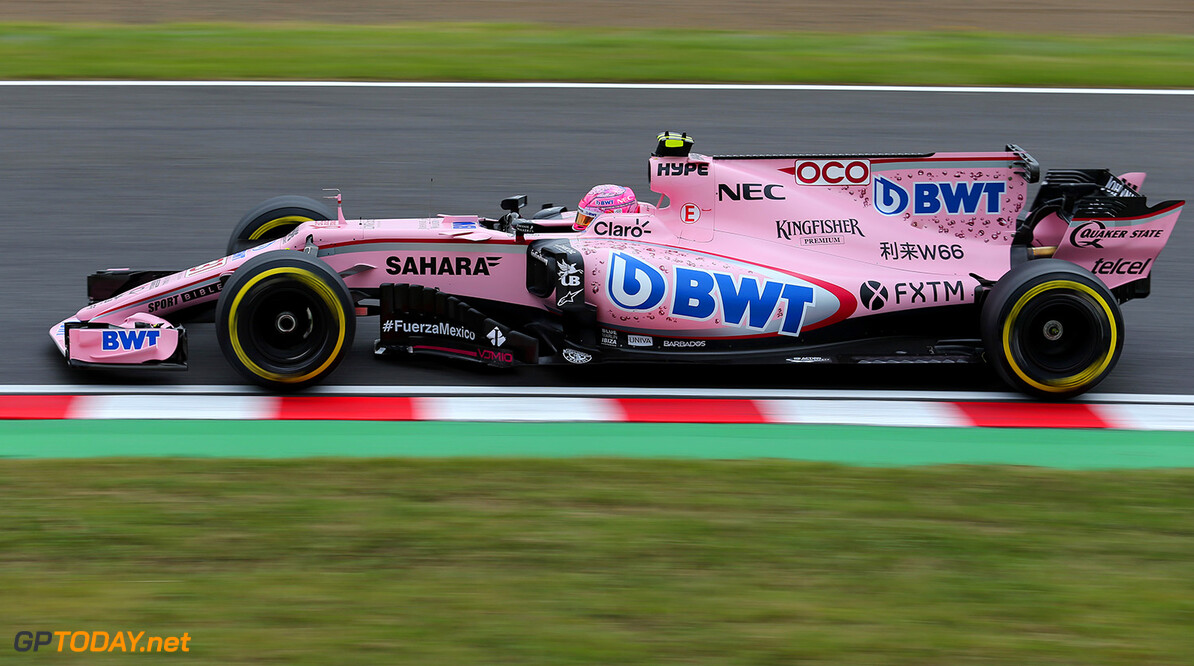 Esteban Ocon has clearly set out his objectives for the Japanese Grand Prix. The Frenchman is hoping to seize some "big points" after qualifying in seventh place. However, after the penalties for Valtteri Bottas and Kimi Raikkonen are applied, the 22-year-old is set to start from fifth.

It is also the second weekend in a row that he has got the better of teammate Sergio Perez in qualifying. The gap between them was a tenth and a half, and Perez himself is set to start from seventh on the grid. After the qualifying session, Ocon admitted he was feeling very happy.

"I’m feeling very happy after qualifying. The car has been fantastic since the beginning of the weekend, just as it was in Malaysia, and our result today shows the progress we have made recently developing the car. Whether it’s been wet or dry, the car has been quick, and we’ve only had to make small adjustments to find the performance. With some penalties for other drivers, it looks as though I will start the race from fifth place, so there’s a great opportunity to score some big points."

Deputy team principal Bob Fernley said that the team delivered on the pace it initially predicted after practice. Like Ocon, he too is hoping that the team can bring home some strong points and further consolidate fourth place in the championship.

"A very strong qualifying session with both drivers delivering on the promise we showed during practice," he said. "The car has been competitive all weekend and it’s further validation of the excellent work we have done lately to keep pushing the development of the VJM10. With a couple of grid penalties for the cars ahead of us, we should move up on the grid with both cars and it means we are very well placed to score well tomorrow."