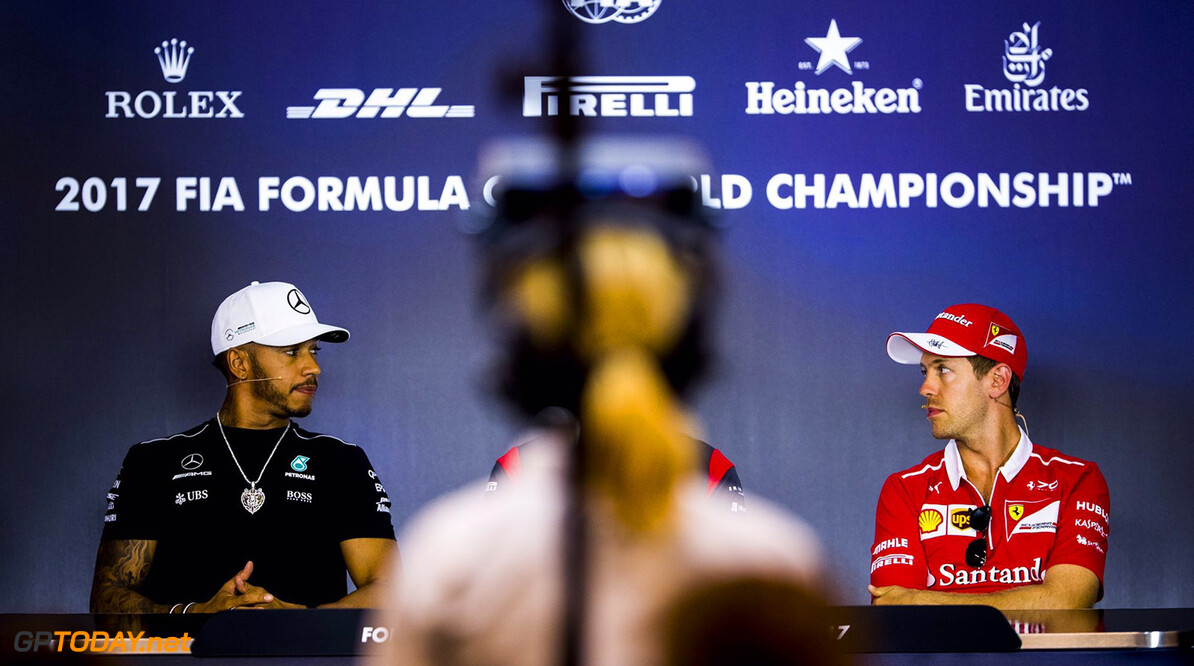 Lewis Hamilton says his championship rival Sebastian Vettel cannot be written off. In Singapore, as he extended his winning streak to a hat-trick, Mercedes' Hamilton pulled out a 28-point lead over Vettel, Ferrari's former championship leader.

Niki Lauda, the F1 legend and Mercedes team chairman, thinks Vettel's first corner crash on Sunday cost the German dearly. "28 points is not bad for us," Lauda told Auto Motor und Sport. "Until now, it was always two or three points in one direction or the other. But 28 is a cushion. I would say this was a small preliminary decision," he admitted.

Briton Hamilton, however, doesn't think so. He is quoted by Bild newspaper: "Coming up we have Japan where you need a lot of downforce, so that definitely won't be our strongest circuit."

"In Brazil the others will be strong as well, and in Mexico the teams with the most downforce could have the upper hand," Hamilton added. "Honestly I think it's going to be very close. It's hard to predict," he said. "We'll find out when we get there." (GMM)