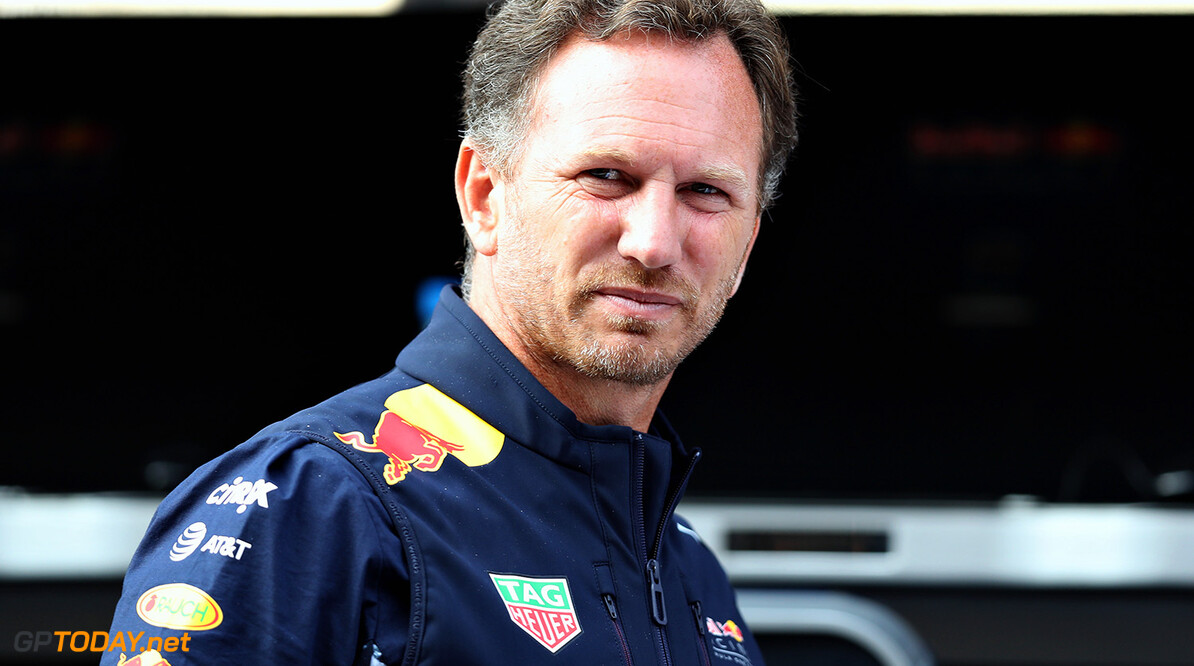 Red Bull team boss Christian Horner has slammed Ferrari following the first lap of the Singapore Grand Prix. Red Bull driver Max Verstappen had his race ended prematurely after he was sandwiched between both Sebastian Vettel and Kimi Raikkonen on the run into Turn 1.

Verstappen and Raikkonen were eliminated immediately before Vettel spun around, hitting the wall a couple of corners later (reportedly on the fluid being laid down from his car). The retirement for Verstappen is his seventh of the season, while Ferrari takes a major blow in both championships.

"How on earth you can work that out [Verstappen to blame] from watching that, I have no idea," Horner stated. "You can see that Sebastian comes quite aggressively left, Kimi goes to the right and Max can't disappear. He held a straight line and it's just desperately unlucky for him to be eliminated like that.

"Seb moved over to the left, squeezing, squeezing," he continued. "It's racing it's one of those things when you've got three cars going into the corner like that but Max couldn't just disappear. What Seb probably couldn't see was Kimi on the other side of Max. He's been aggressive with Max and Kimi's done the same thing from the other side and the end result is what you see there. Anyone who can blame Verstappen out of that needs their eyes tested."