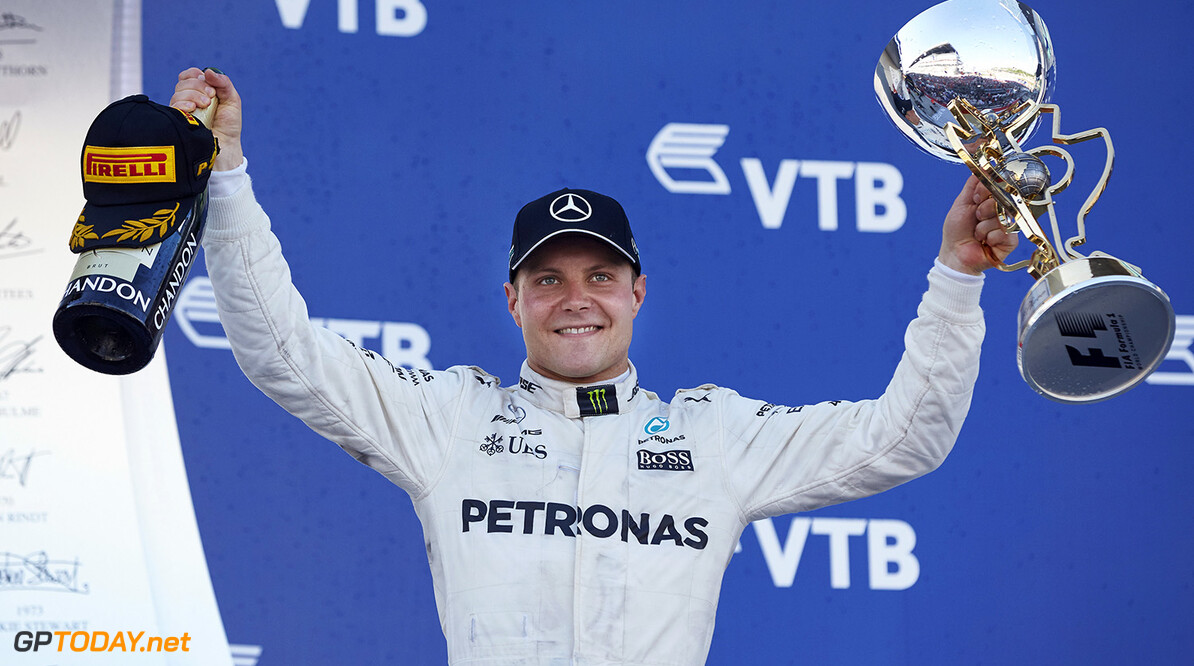 Valtteri Bottas not thinking about 2017 title

Valtteri Bottas insists he is not letting his mind jump ahead amid his aim of winning the 2017 world championship. After three races in 2017, some were saying the Finn was teammate Lewis Hamilton's mere 'number 2'. But then he won in Russia, closing the points gap to his Mercedes teammate to just 10 points.

"It's been a good few months for me," Bottas told the Spanish newspaper AS. "The contract with Mercedes, my first pole, my first victory -- everything is a little surreal." And so he said he has every intention of now continuing to win races. "I just have to keep pushing, keep getting stronger, and hoping to get more success," said Bottas. "The feeling is very addictive."

But when asked if he is eyeing the world championship, the 27-year-old answered: "I don't want to think about the title. The season is very long." Others, however, think Bottas has a good chance, especially amid Hamilton's struggles in Russia with the Pirelli tyres.

"The window in which they work optimally has narrowed," former F1 driver Marc Surer told the German broadcaster Sky. "Now, driving style is very important. Hamilton is someone who is always on the limit and beyond, but that can make these tyres overheat faster. Bottas on the other hand is gentler on the rubber, so it seems to work better for him," Surer added. (GMM)