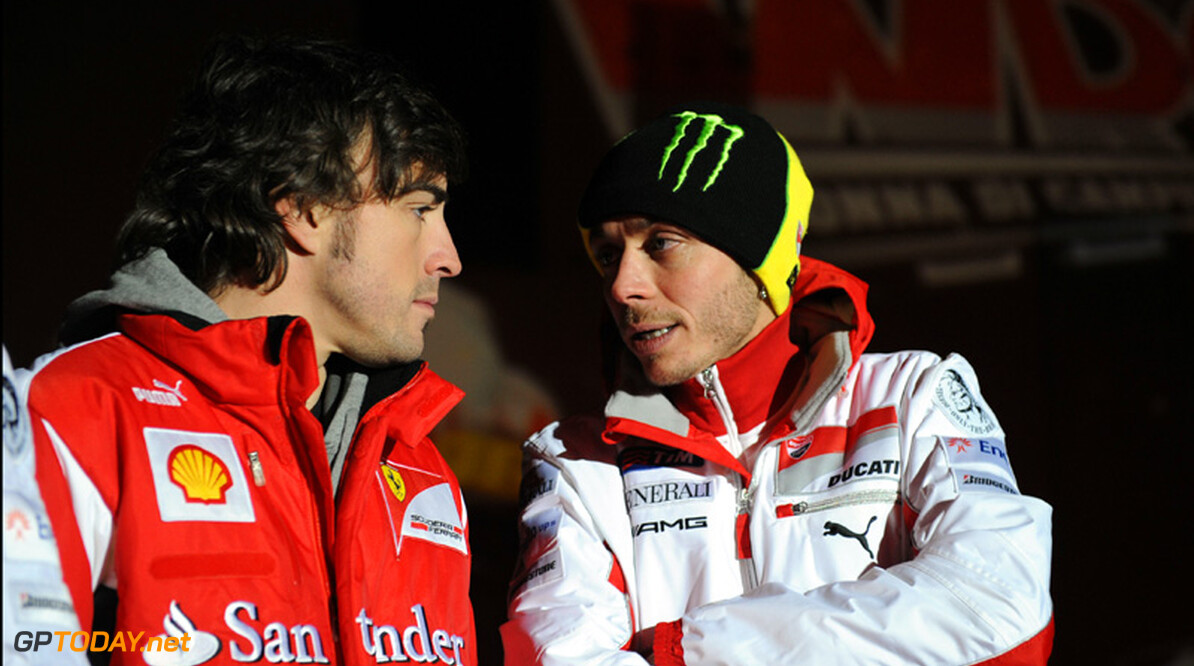 Valentino Rossi's father has admitted that the seven-time MotoGP champion came "very, very close" to switching to Formula One 10 years ago.

Rossi tested for Ferrari a number of times between 2006 and 2010, and was a leading candidate for a third Ferrari when there was talk of third cars being introduced.

"Valentino was very, very close to being a Formula One driver," said Rossi Sr.

"The only thing comparable to MotoGP is F1; anything else would have been a step backwards. But he didn't do it because his love for MotoGP was too big."

Rossi eventually signed a new contract with Yamaha that kept him with the team until 2008, and another until 2010 - a move that reportedly "saddened" former-Ferrari driver Michael Schumacher at the time.

In addition to F1, The Italian has also tested NASCAR machinery, and is an accomplished rally driver. He finished the 2006 Rally New Zealand in 12th place and was 11th in the 2008 running of Wales Rally GB.

He is also a five-time winner of the Monza Rally show, his most recent victory in the event coming just under two weeks ago.