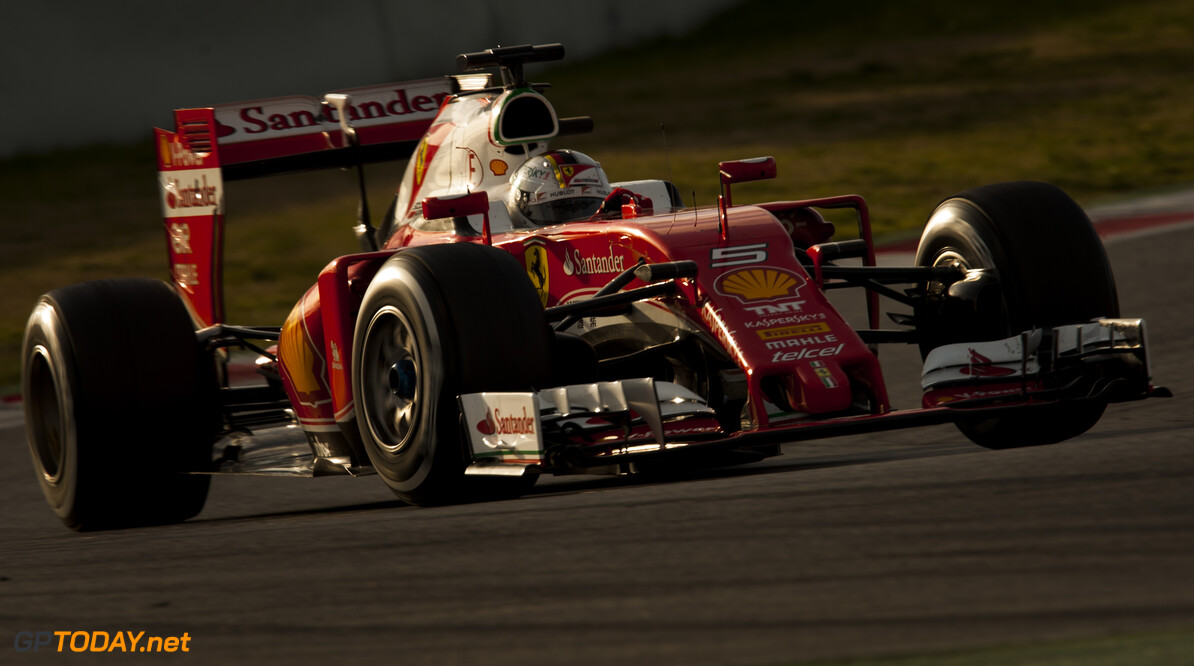 Sebastian Vettel not fazed by stoppage

Sebastian Vettel doesn't expect his early exit from second practice to have any lasting impact on his race weekend.

Despite finishing the session third fastest, Vettel was forced to pull off with less than 15 minutes remaining with a gearbox problem.

Although the issue was severe enough to halt his running, Vettel doesn't expect it to cause any more problems over the rest of the Abu Dhabi Grand Prix.

"It’s not ideal obviously on a Friday but it shouldn’t have an impact,The Ferrari driver said.

"It was quite interesting to look at the other cars," he added, once he returned to the paddock after watching the remainder of the session from the side of the track.

"Usually I’m quite happy if I don’t get the chance but today I think it was interesting even though it was only a couple of laps. I think we got most of the homework done so we should be happy."