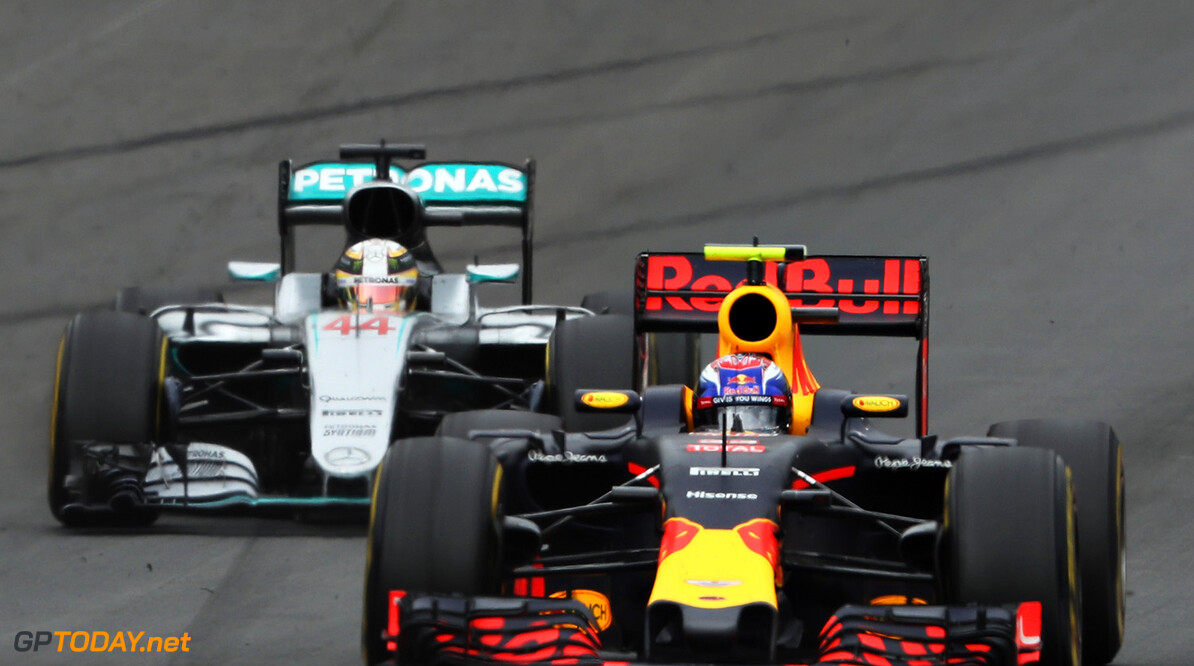 Many have written off the Brit, who sits 26 points behind team mate Nico Rosberg with just three races to go.

In fact, Rosberg could be crowned champion as early as this weekend if he wins and Hamilton fails to score, but Verstappen isn't ruling out the reigning champion just yet.

"Even though the facts point to Nico, I just say: Lewis is extremely fast and a great fighter who never gives up. So I think it will still be very exciting until the last race," the Red Bull driver told Germany's Sport Bild.

When asked who he thinks the best two in F1 at the moment, Verstappen immediately answered Hamilton and Fernando Alonso.

"They are simply the best at the moment," he said.

When asked which of the two title challengers he feels he identifies most with, the teenager refused, although he did say he was more in the mold of Hamilton.

"I'm Max Verstappen," he insisted. "But if I must answer the question, I'm more of the Lewis type. Although that doesn't mean that Nico isn't very fast."

He also thinks that if he were Hamilton's team mate at Mercedes, he would be the one who would come out on top.

"Absolutely. A driver needs this confidence," said Verstappen. "But I really believe it."