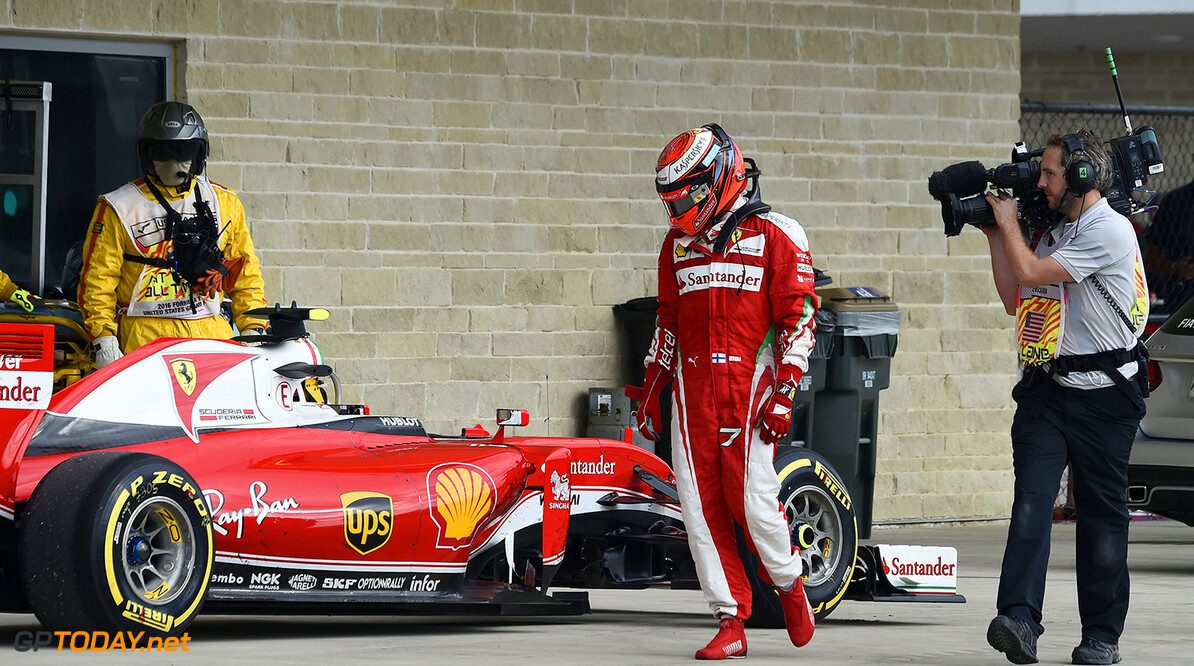 Kimi Raikkonen was at a loss to explain the pit stop problem which ended his United States Grand Prix early.

The Ferrari driver left the pits after his final stop, only to come to a halt moments later with his right-rear tyre loose after he pulled away too quickly which pulled  the wheel gun from the rim, damaging the wheel in the process.

"I don't really know what happened, obviously we have to find out," said the Finn.

"The green light came on, and obviously I will go once there's a green light," he insisted. "Why it came on while we were not ready, I don't know. I saw some sparks coming out and asked if it was okay, and was told to stop."

Raikkonen's failure to finish allowed team mate Sebastian Vettel to once again overhaul him in the drivers' standings. The Finn now sits fifth in the points, seven behind Vettel.