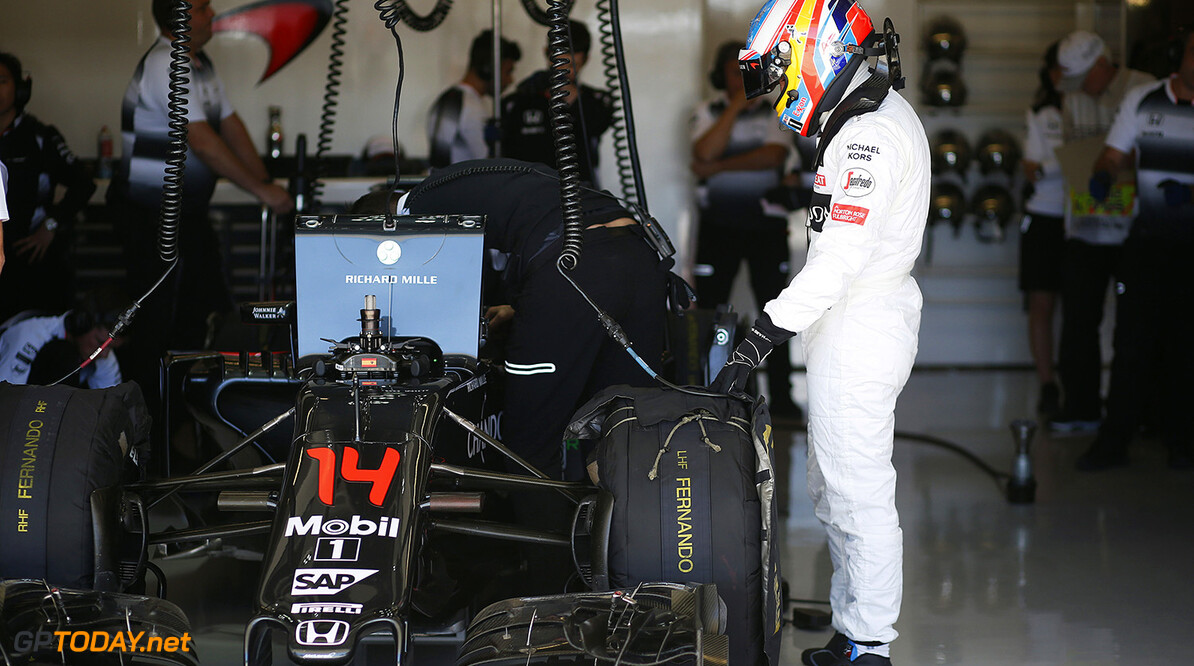 Fernando Alonso not bothered by 10-year wait for third title

Fernando Alonso has said he is not bothered by the 10 year anniversary of his last world title.

The Spaniard came close to adding to his haul in 2007, 2010, and 2012 with McLaren and Ferrari but has been unable to take a third world title.

"Whether it's ten years, five or 12, it's just a number -- nothing changes," Alonso said when asked about the anniversary by Spanish broadcaster Movistar.

"I'm so deep in the weekend that you don't think of anything else, but of course I see the pictures of that day (in 2006) with joy and pride.

"I always approach with the same objective, which is to be the best," he added. "Whether you're in F1 or playing tennis or whatever, you always try to be the best."

Ahead of the 2015 season, Alonso left Ferrari to rejoin the uncompetitive McLaren team, who have their sights set firmly on 2017.

"I am competing in F1, trying to be the best and that means being world champion," he said.

"We are far from that possibility today, but hopefully next year we will get closer."