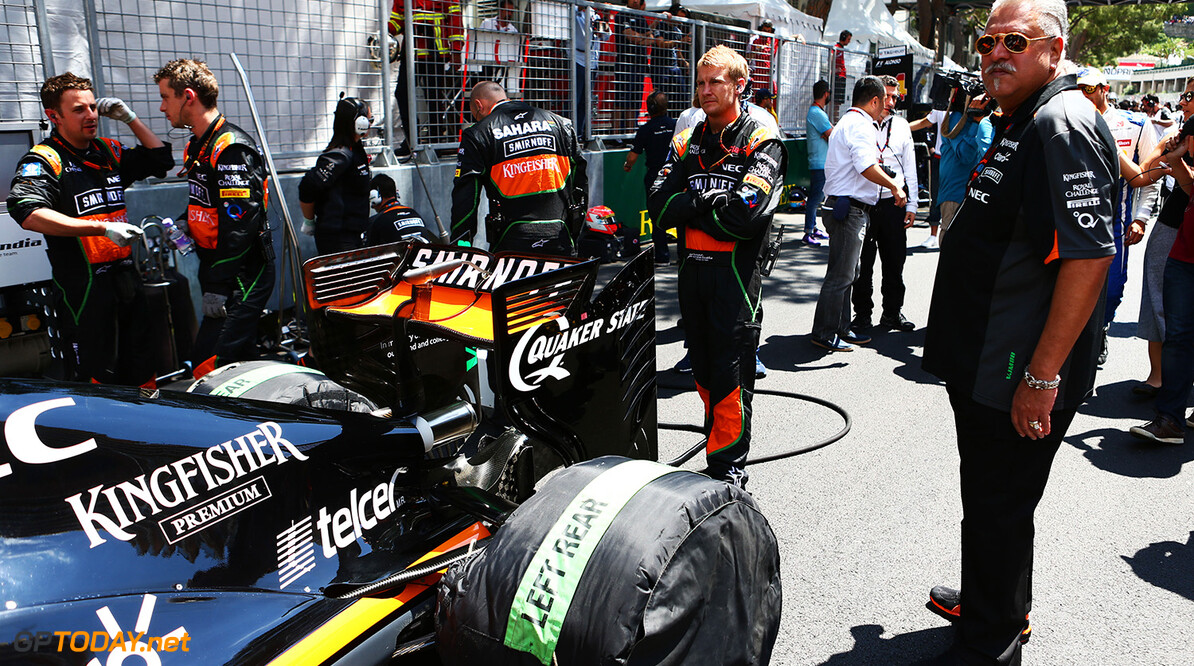 Bernie Ecclestone has played down suggestions F1 could be set to lose Force India. Earlier this month, lawyers for jailed team co-owner and title sponsor Subrata Roy and his Sahara company asked the Indian supreme court for permission to sell assets including his 42.5 per cent stake in the Silverstone based outfit.

Another 42.5 per cent is owned by team principal Vijay Mallya, who is having his own legal troubles with his companies United Breweries and Kingfisher Airlines. Mallya pushed recently to have the team re-branded as Aston Martin, but the British luxury carmaker ultimately baulked at the deal.

F1 chief executive Ecclestone, however, told Reuters he doubts Mallya actually wants to quit the sport. The 85-year-old insisted he is "quite sure the last thing Vijay wants to do is to quit". But Ecclestone added: "There's a lot of teams that if somebody comes along with the right cheque, they would sell. Not because they want to, but because commercially they probably think it would be the right thing to do." (GMM)