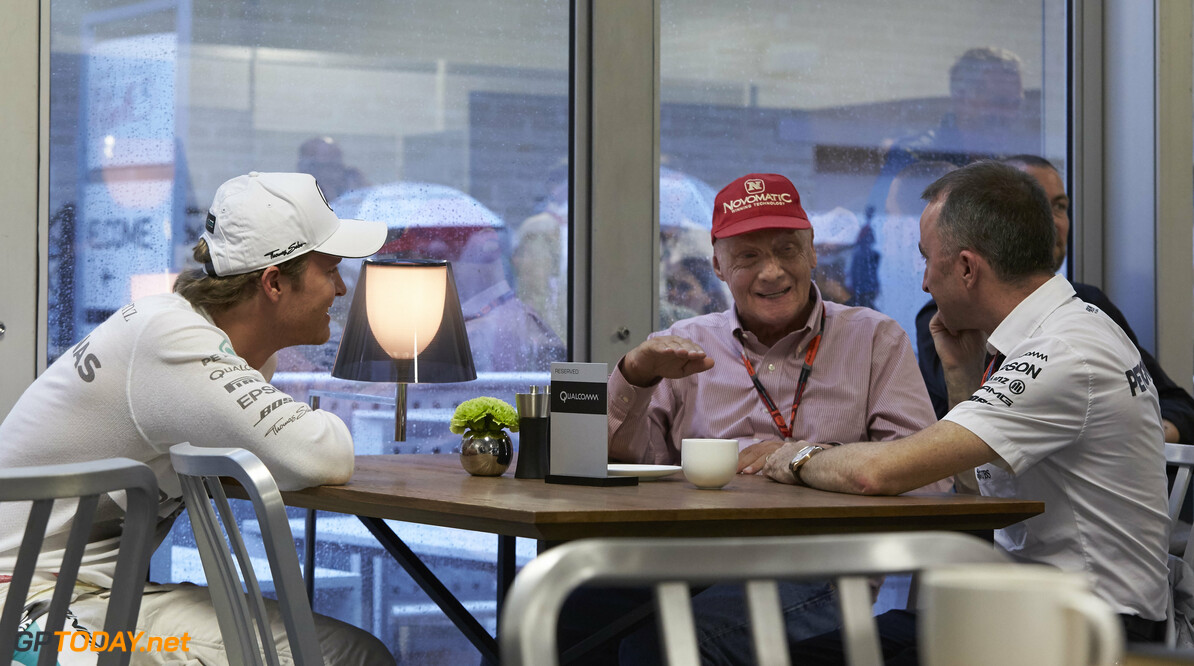 Niki Lauda has dismissed reports he is at loggerheads with fellow Mercedes chief Toto Wolff. "Sources have told The Times that Lauda is considering quitting the team, possibly as soon as the end of the season," the London-based newspaper reported shortly after the Mexican grand prix.

But Lauda, the triple world champion who is the Mercedes team chairman, told Frankfurter Allgemeine Zeitung newspaper: "There is no discussion. "I have a contract until 2017 and I want to meet it," the 66-year-old Austrian, who acts as an intermediary between the Brackley based team and the German carmaker's board in Stuttgart, added.

As for the Times' report of tension between himself and team boss and fellow Austrian Wolff, Lauda insisted: "I don't know who puts these stories in the world. After the race in Mexico, I said to Sebastian Vettel 'Things went not so well for you today!' And he replied 'Well everything with you guys is haywire! But the truth is that Toto and I are working together in harmony -- it's all wonderful."

Lauda said that in addition to continuing his role at Mercedes, he also wants to remain a presenter for German television RTL, despite the looming expiration of his contract. "I want to stay, so if they want the same then we will go on," he said. (GMM)