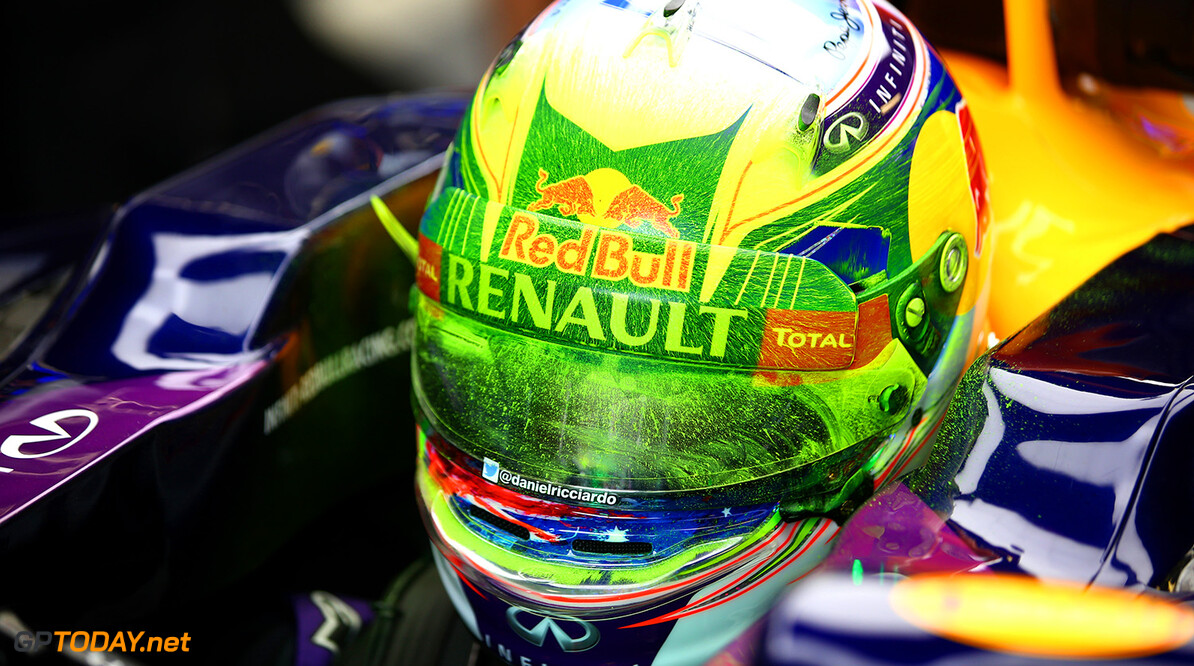 Daniel Ricciardo is not convinced that reverting to engine 'customer' status will be a guarantee of success for Red Bull. In the new 'power unit' era so far, the former quadruple world champions have struggled with Renault's V6.

The French carmaker's CEO Carlos Ghosn confirmed on Tuesday that Renault will no longer merely supply engines in F1 beyond 2015, and so it is believed Red Bull will tie up with Ferrari power for next year. However, also down on power this year is McLaren, but the Woking team insists that full works status is a prerequisite for championship success in F1.

Red Bull team boss Christian Horner does not agree, declaring this week that although enjoying premier status, the energy drink owned team was in fact never the Renault factory outfit. Amid the uncertainty, Australian Ricciardo flirted with a switch to Ferrari's works team, but ultimately is under contract and will stay with Red Bull for 2016.

As for the future, he is unconvinced. "Any situation at the moment isn't perfect," he told the October edition of F1 Racing magazine. "Now we're down on power, but if we were to go with a customer engine, would that let us win? Do you actually have an opportunity to win in the next few years? That's the big question. Speaking to the big guys in the team, they've given me the confidence that I need to understand that they're doing all they can," Ricciardo added.

It appears that Red Bull will at least enjoy the 'A' specification of Ferrari's engines next year, having earlier been offered a deal that would have put the team a step behind the works outfit. Ricciardo, meanwhile, said he will drive whatever package he is given.

"I'm putting a lot of my trust in the team," he insisted. "I do that because I know they want to return to the success they had. When they say they're doing all they can to be as competitive as possible for 2016, that's all I need to hear for now." (GMM)