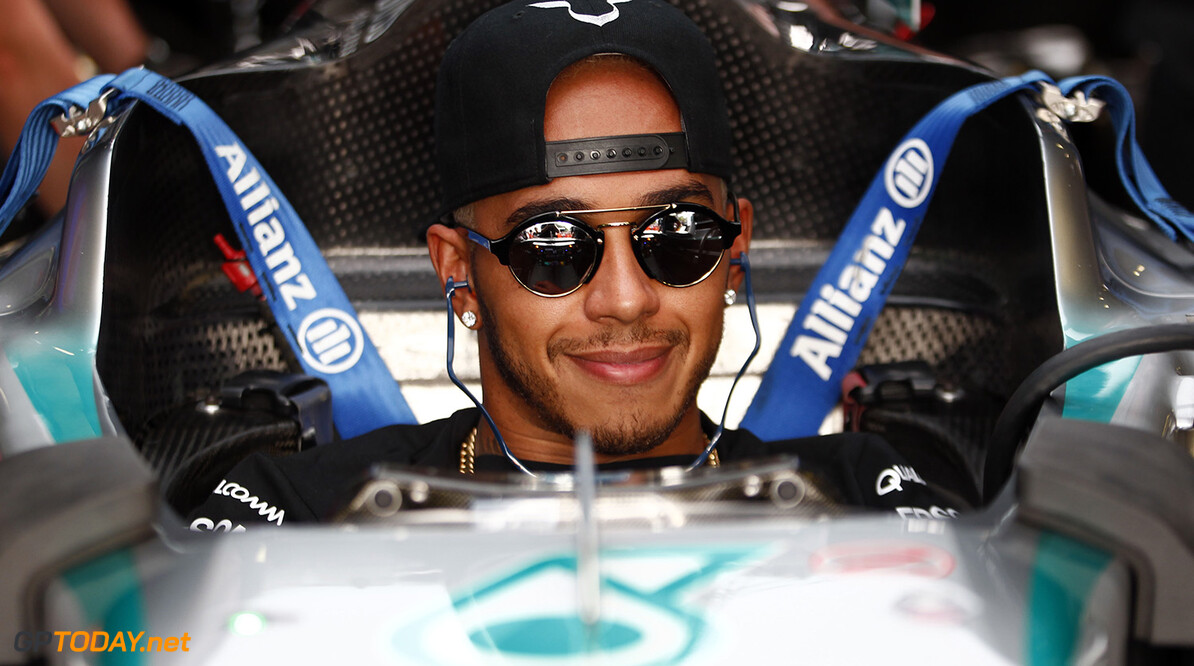 Bernie Ecclestone is no longer so sure about Lewis Hamilton's extravagant lifestyle. Earlier, the F1 supremo hailed the Mercedes driver as the ideal world champion as he is constantly in the spotlight. But a few days ago, Ecclestone said he thinks Hamilton might now be going "over the top".

"Maybe he's gone too far in recent months," the 84-year-old now tells Germany's Bild am Sonntag newspaper. Indeed, in recent weeks and months, Hamilton has been 'twerking' topless with Rihanna, smoking cigars, cavorting with rappers, constantly travelling and at Monza he turned up with blonde hair and a new eagle tattoo on his neck.

He then caused outrage on Twitter on Sunday when he wore a cap and headphones during the minute's silence for the death of Justin Wilson. "I honestly hadn't realised it was a minute of silence," Hamilton said. "My sincere apologies." When asked about Hamilton's latest exploits, Ecclestone answered: "I don't know if it's good for him."

Earlier, Ecclestone had criticised the fiercely private Sebastian Vettel. But he now says: "People are beginning to respect Sebastian that he is the way he is. I don't want everybody to be like Lewis. Perhaps it was unfair to criticise Sebastian. Actually he's a bit like me. We don't want the limelight. I want to do my work, and if there is no drama then I'll see if I can make one! But the big show, I'll leave that to the others," added Ecclestone. (GMM)