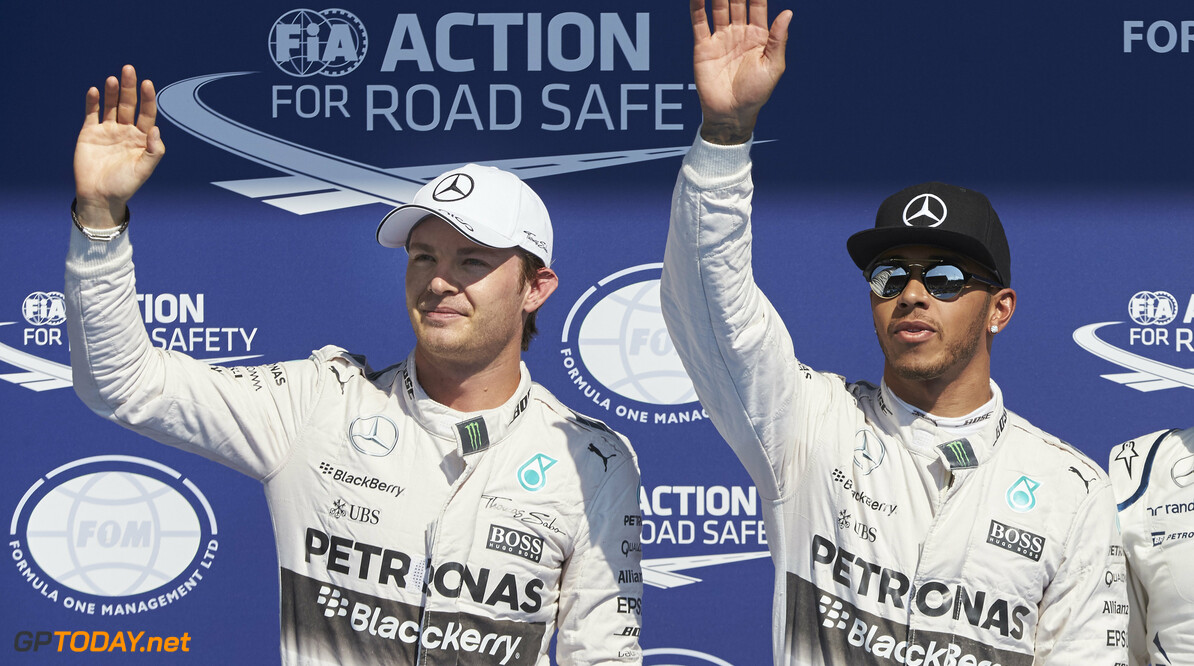 Rosberg simply not a match for Hamilton - pundits

Lewis Hamilton is now cruising to the 2015 world championship, according to two F1 insiders. After finishing second to his Mercedes teammate in Belgium, Nico Rosberg said on the podium: "Lewis did a great job so he deserved to win. "I tried to give it everything but (it was) not enough."

Eddie Jordan, a former team owner and boss and now pundit for British television, told Germany's Sport Bild that he heard Rosberg's comments as a sign of clear defeat. "It was a declaration of surrender by Rosberg," Jordan said. "For me, the duel between them is over now. Nico can no longer beat Lewis to this championship," he added.

Jacques Villeneuve, the 1997 world champion who has also become a television pundit, agreed that Hamilton seems destined now to add a third title to his tally. "Anyone who has watched Nico on the last two race weekends can see that he has given up. He is definitely the number 2 at Mercedes now. Even at his maximum he is simply not a match for Lewis," Villeneuve added. (GMM)