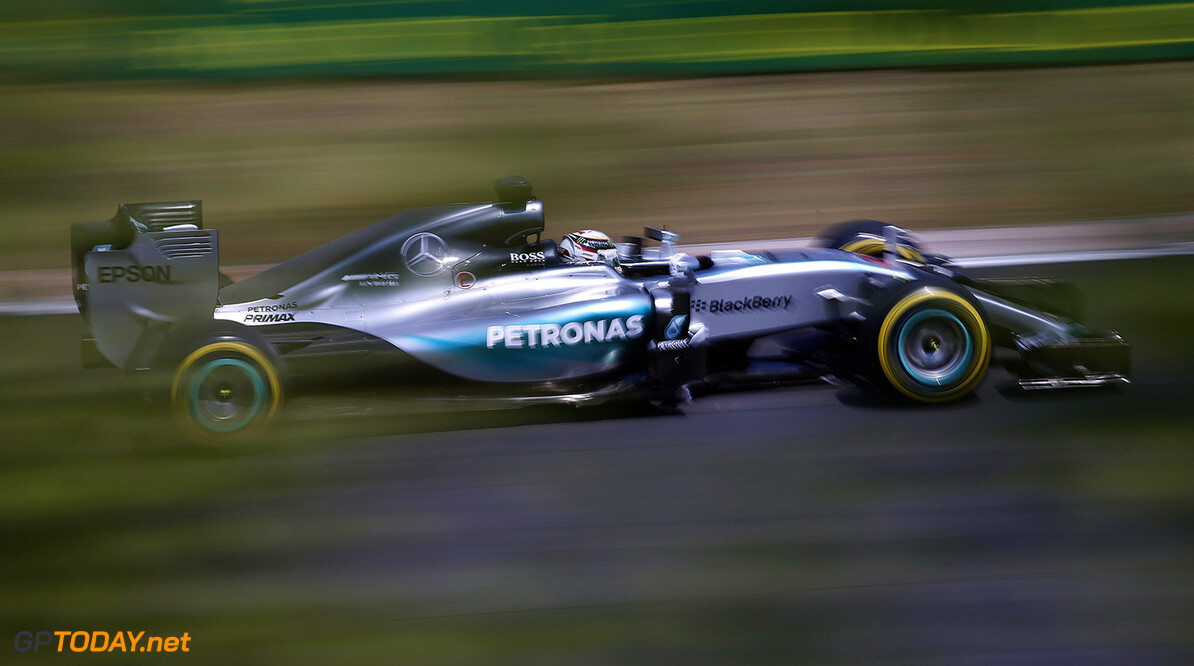 Lewis Hamilton claimed pole in today's qualifying at Spa, Belgium. The Mercedes driver locks out pole along with fellow Mercedes driver Rosberg, who were about half a second slower compared to his teammate.

Both Williams made it to Q3, with Bottas on 3rd place and Massa on 7th, as did both drivers from Lotus,  with Maldonado in 8th and Grosjean taking 4th.

Force India showed great pace during the whole session, despite only Perez making it to Q5, where he managed a 5th fastest time. Hulkenberg narrowly missed Q3 in 11th.

Despite having a decent weekend in all practice sessions, Ferrari made a poor qualifying, with Vettel only managing a 9th place, and the engine in Kimi Räikkönen's car failed him with 8 minutes left of Q2, leading to a temporary red flagging of the session and him being forced to retire.

McLaren's  MP4-30 lacked pace this weekend, and neither McLaren driver made it past Q1, as did neither of the Manor drivers.