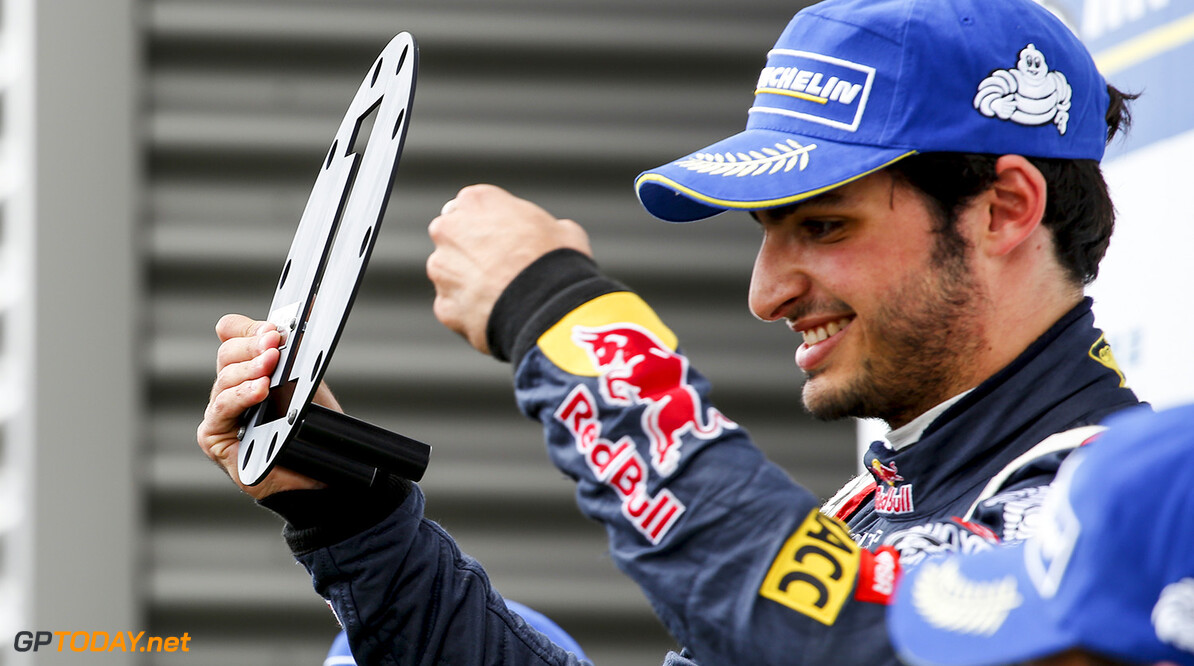 F1 not always about logic, merit and results - Sainz jr

Carlos Sainz jr says he is being "patient" as Red Bull decides his future in formula one. Before Sebastian Vettel blew the 'silly season' wide open and Daniil Kvyat got the call to replace him at Red Bull Racing next year, Spanish rookie Sainz was licking his wounds at having missed out on a Toro Rosso debut for 2015.

But with Kvyat now headed to the parent team, a seat is once again available at Faenza and 20-year-old Sainz jr, the next cream of Red Bull's junior programme, is an obvious favourite. Team boss Franz Tost and owner Dietrich Mateschitz, however, have hinted it might make sense to keep experienced Frenchman Vergne on board after all, given that the only confirmed Toro Rosso driver for 2015 is the unprecedentedly-young and inexperienced Max Verstappen.

This weekend at Jerez, it is little more than a formality for Sainz to wrap up a dominant title win in the highly-regarded Formula Renault 3.5 series. Ahead of that finale, he was asked by Spain's El Confidencial if missing out on the 2015 Toro Rosso seat for a second time would be too disappointing to bear.

"When everybody was saying I was already sat in the Toro Rosso, I was the first to lower the expectations," said Carlos Sainz jr, whose father is the world rally legend. "I was telling people I am a Red Bull driver, like any of the others and with Red Bull you never know what is going to happen," he explained.

"If you think about logic, merit, numbers and results then it would be me, but we know that in formula one things do not always go this way. It is necessary to be patient," Sainz added, "because things can change very quickly." (GMM)
F1 News Max Verstappen Daniil Kvyat Sebastian Vettel Carlos Sainz Jr Renault Red Bull Racing
<< Previous article Next article >>
.