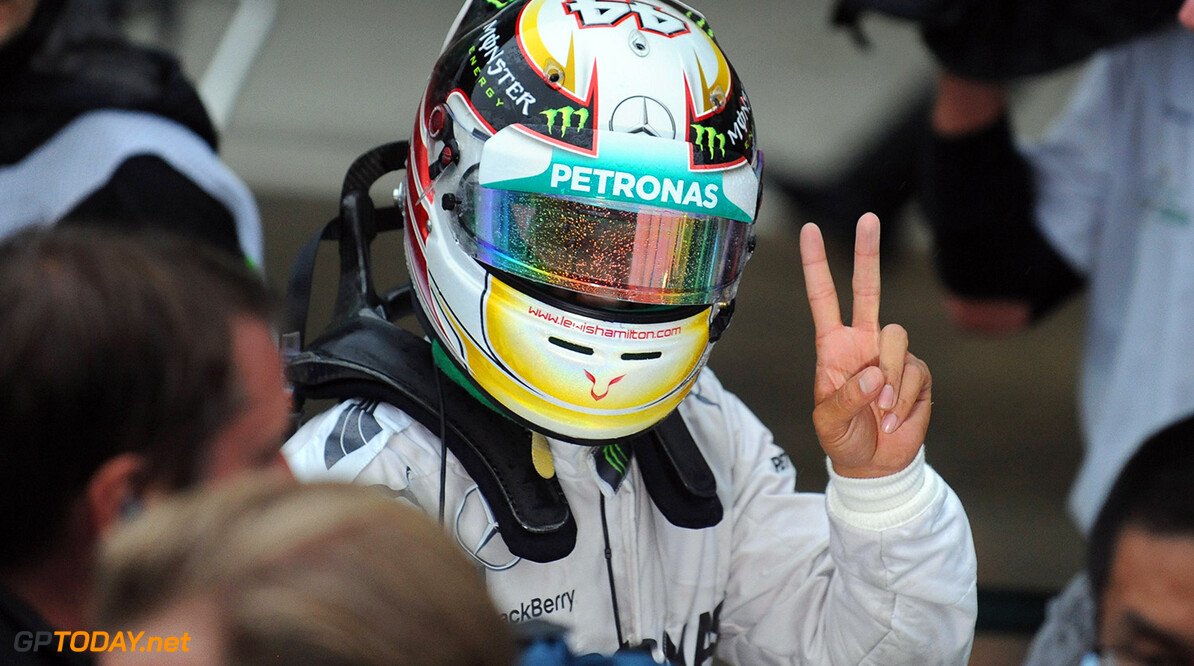 F1's top three drivers are all now caught up in the most intriguing 'silly season' for some time. As the Suzuka paddock was packed up mere days ago, it seemed almost certain that Sebastian Vettel is headed to Ferrari next year to replace the McLaren-bound Fernando Alonso. But then a third top driver entered the speculative games: Lewis Hamilton.

Rumours suggest Ron Dennis' former protege recently visited Woking, where a deal to vacate his seat at Mercedes may have been discussed or struck. McLaren denies it. "As stated by Ron Dennis at Suzuka, McLaren has not entered into contracts with any driver for 2015," a spokesman is quoted as having told the Italian press on Thursday.

The obvious speculation, however, is that if Hamilton did return to McLaren, it would open the door for Alonso to join F1's dominant team, Mercedes. "It's an interesting time in formula one," Hamilton agreed at Sochi on Thursday.

"Drivers making changes, top drivers making changes, a lot of fiction, a lot of silly stories going around. Whoever is starting those silly conversations, I always have made it clear I'm here (at Mercedes) to do a job. I've been with Mercedes since I was 13, so I feel pretty relaxed. But I'm also aware of what goes on in the business and I'm aware that people are trying to intervene."

Indeed, the situation at present is fascinating. No one knows definitively what colour overalls Hamilton, Alonso or reigning world champion Vettel will be wearing in just a couple of months' time. Felipe Massa, Alonso's former Ferrari teammate, teased the Spaniard at Suzuka a week ago when he broke into a media interview to ask Alonso: "You're going to Marussia? Caterham?"

The Brazilian has since said it is obvious Alonso is coveting a Mercedes seat. Alonso is saying little, except on Thursday at Sochi: "It's all going according to plan. I'm relaxed but all I'm thinking about now is Jules Bianchi."(GMM)
F1 News Fernando Alonso Felipe Massa Lewis Hamilton Sebastian Vettel Mercedes McLaren Ferrari Marussia
<< Previous article Next article >>
.