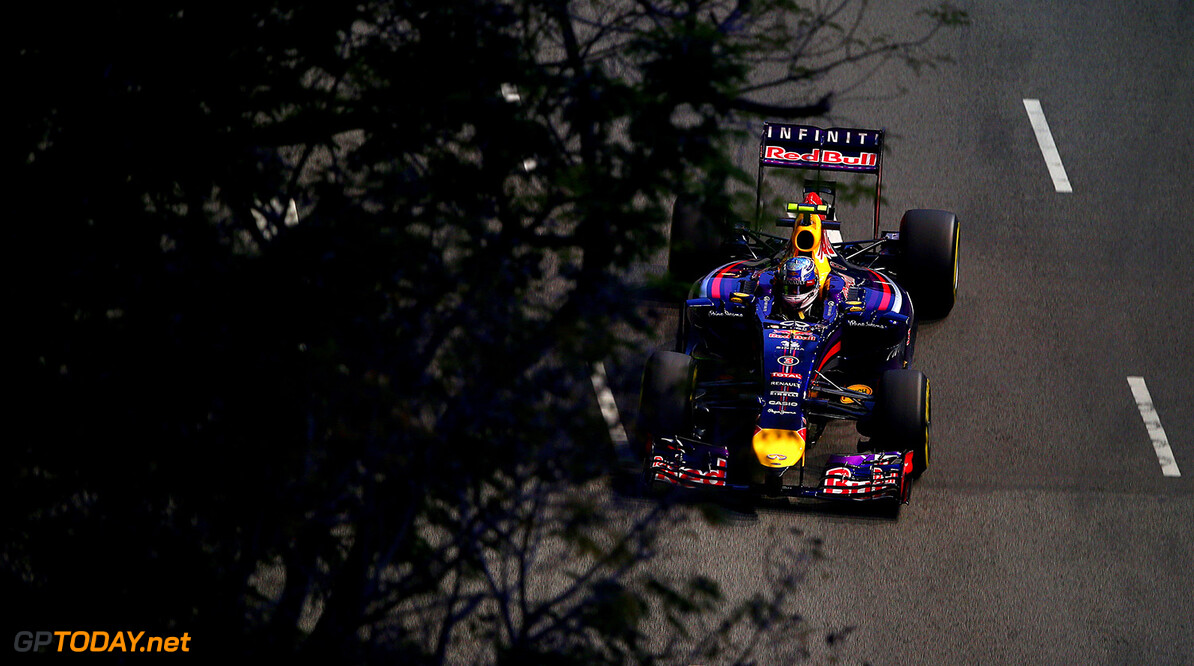 Christian Horner has all but written off Daniel Ricciardo's chances of beating the Mercedes drivers to the 2014 title. Amid his impressive first campaign for Red Bull, Australian Ricciardo is undoubtedly the only real non-silver challenger for the drivers' world championship. In third place, he is 48 points clear of Ferrari's Fernando Alonso, and 57 points ahead of his own teammate, the reigning world champion Sebastian Vettel.

But Vettel finished just ahead of Ricciardo under the Singapore lights, despite the Australian having called for team orders heading into the street race weekend. "I would love to be quicker on merit and not need team orders, but the next couple of tracks are perfect for us so if we need to make any decisions if we can challenge Mercedes for the title then I am sure they will be made," he had said.

But boss Horner said the performance and points advantage held by Mercedes with five races to go is now so big that Red Bull will not be asking Vettel to move aside. "It would be wrong to interfere," he said, "given the situation we are in. We let them race as you saw. Daniel knew before the race - some time ago in fact - that that would be the case," added Horner.

"If there was a realistic chance of Daniel winning and Sebastian was mathematically out of the championship then of course we would do the best we can for the team. But the situation we are in at the moment -- it's a long shot."

Horner is also quoted by Auto Motor und Sport as saying after Sunday's grand prix: "The gap Mercedes has is enormous. "Yes, Daniel caught up a bit on Rosberg but at the same time lost 3 points to Sebastian. Will it make any difference? It's hard to say. But for the moment it makes no sense for us to intervene."

It might be surmised that with Vettel now regaining his form amid reports of tough contract negotiations to retain him, Red Bull's decision might be a political one. Horner added: "They (Ricciardo and Vettel) still both have a chance mathematically, even though it's a long shot as I said. So it's down to them racing each other on the track. Both of them are still just in it, and both have taken a chunk of points out of Nico (Rosberg)."

Ricciardo says he is comfortable with Red Bull's decision, despite admitting the matter had been discussed "briefly" behind closed doors. "It's refreshing to be able to race your teammate," he said. "We've had some great battles so if it continues like this for the next few races then that's fine and that's fair."

Clearly, however, Ricciardo would prefer to be on the helpful end of some team orders, giving a coy "yes and no" answer as to whether he wants them deployed. "If anything, it (Red Bull's decision) makes me more hungry to be in front without needing any help," he said. "It's nothing against him (Vettel) or the team."

"We race properly. It's fair. And it's not like if he helps me out, I'm definitely going to win. We're long shots," Ricciardo conceded. "We need a bit of luck more than we need small team orders. Whoever's in front should be allowed to stay in front." (GMM)
F1 News Fernando Alonso Daniel Ricciardo Sebastian Vettel Mercedes Ferrari
<< Previous article Next article >>
.