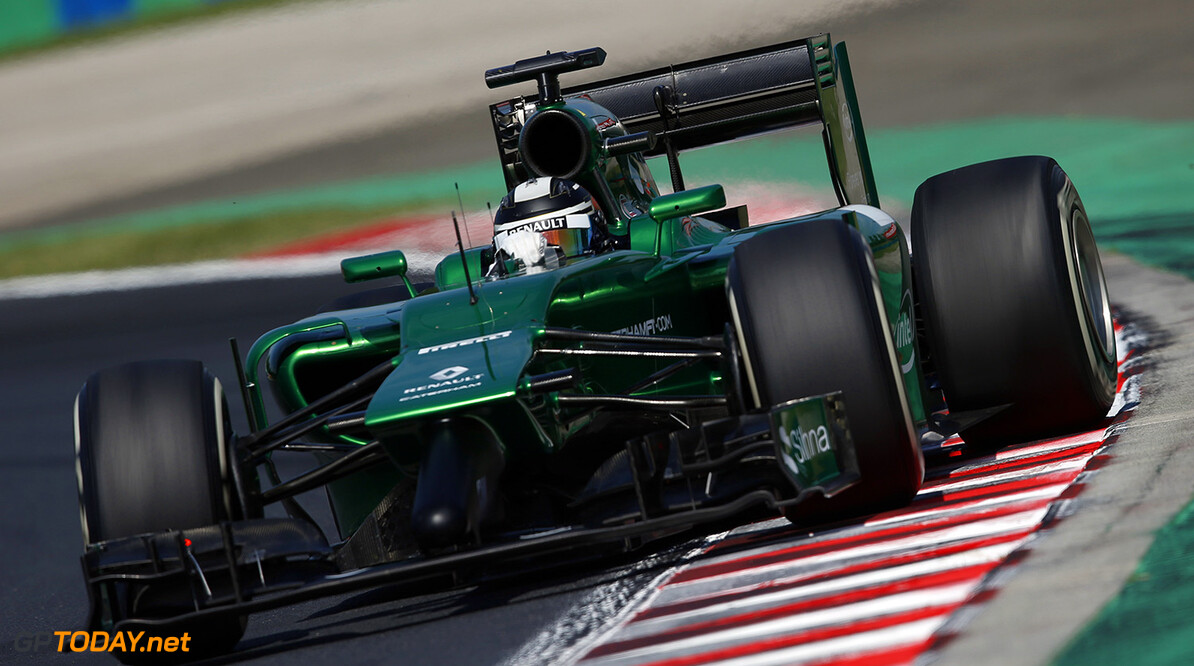 Kobayashi likes the idea of three-car top teams for 2015

Kamui Kobayashi has admitted in Singapore that he may be left out of Caterham's plans for his home Japanese grand prix later this month. The Japanese, who is not substantially sponsored, was dropped by the team's new management in Belgium recently as Caterham chose Andre Lotterer and the Le Mans winner's sponsor Hype.

Multiple names have been linked with the seat ever since, but the feisty and popular Kobayashi has so far returned to the green-coloured cockpit at Monza and now Singapore. But all the time, his future has been clouded, and looking no brighter by the day. "So far I can confirm that I will race here," Kobayashi said in Singapore.

When asked about his sponsorship situation, he answered: "I have no money. I do have a contract until the end of the season, but sometimes in formula one contracts don't mean anything. That is no surprise," said the Japanese.

If he wants to bolster his chances of returning for his home race at Suzuka, then - where in 2012 he scored a highly-popular podium - he needs to sign up a sponsor. "I have talked about it," said Kobayashi, "but this is not so easy." Asked how much he would have to raise, the 28-year-old answered: "I can't say. A lot!" he smiled.

One option rumoured in the media in recent days and weeks is that Honda's return to F1 with McLaren next year could open a new opportunity for Kobayashi, whose grand prix career started with substantial Toyota support. He said on Thursday: "I am not affiliated with Honda. At the moment, their arrival does not change my prospects for next year. I know some people there, but I think I can't say anything, as they are involved in a completely different project."

Kobayashi is, however, well connected at Ferrari, where last year he filled in his time between F1 seats driving in endurance racing. "No," he insisted. "My goal is to continue in formula one next year. I am also realistic. Formula one is in a very difficult economic situation. I don't know how many teams will exist next year."

Oddly, if teams in the second half of the grid do go out of business, it might only substantially boost Kobayashi's chances of staying in F1. "I like this idea," he answered, when asked about mooted plans to keep up grid numbers next year by inviting top teams to field third cars. "For me it could be an opportunity," said Kobayashi. (GMM)
F1 News Ferrari McLaren Honda
<< Previous article Next article >>
.