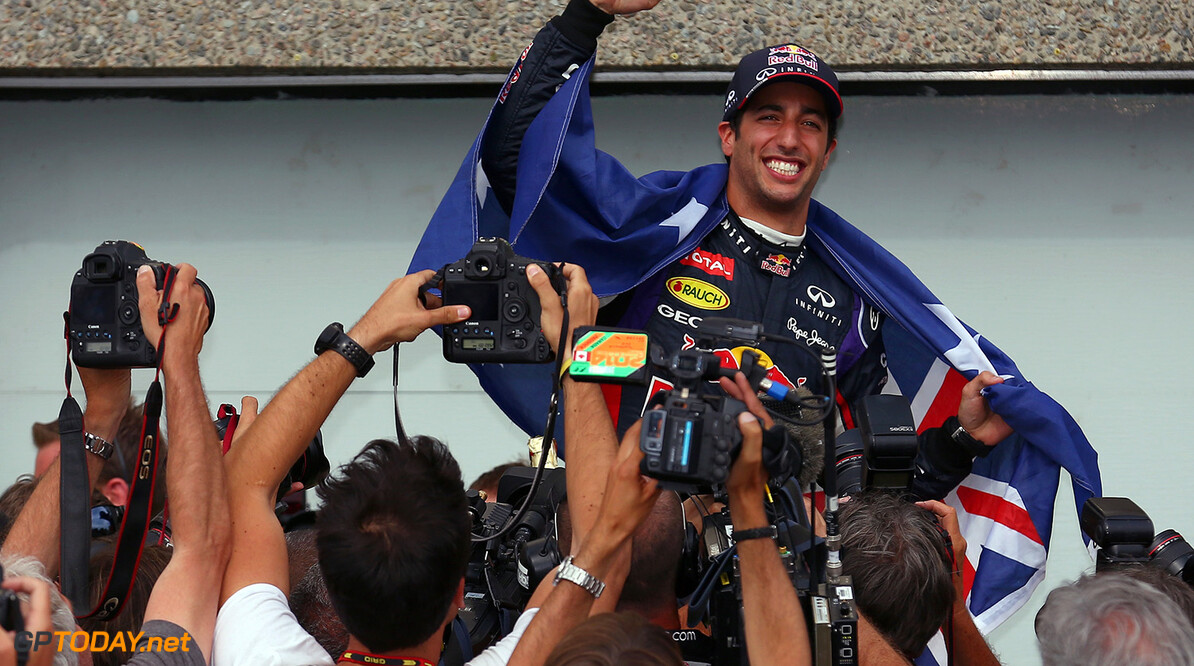 Daniel Ricciardo's rise from the deep midfield to title-contending prominence in F1 has been a surprise to almost everyone in the paddock. In fact, even those who know him best - Dr Helmut Marko, Christian Horner and Adrian Newey - have said even they were shocked by the Australian's graduation from Toro Rosso nearly-man to Sebastian Vettel-beater in 2014.

But undoubtedly, sparks of a very special talent were always obvious. Luca Furbatto, who has now left the Faenza team, worked closely with Ricciardo as he designed Toro Rosso cars until earlier this year. He told Italy's Autosprint that as soon as the braces-wearing youngster stepped up from HRT in pre-2012 winter testing, "I was struck by the feedback he was able to give to the team".

"It was incredible how he recalled the behaviour of the machine even hours later," said Furbatto. "At 300kph he had the time and the intellect to think about the management of the car, which is typical of great quality. The other driver (Jean-Eric Vergne) was very limited in his feedback, so Daniel was always the point of reference."

"But I have seen before that drivers able to give so much information were not always the fastest. But my doubts soon disappeared -- qualifying in Bahrain in 2012 left everyone speechless," he explained.

Furbatto said Ricciardo initially had some weaknesses: the race starts, the opening laps, his management of disappointment, his entries to the pitlane. "But in winter testing in 2013 he seemed much more determined," he revealed.

"His feedback was a little reduced but he had become very strong in prioritising development. In the races he said things like 'Understood. No more talking from now on'," said Furbatto. "Perhaps he had been told of the chance to replace Mark Webber at Red Bull, but what was clear is that he had matured in a hurry." (GMM)
F1 News Daniel Ricciardo Sebastian Vettel HRT
<< Previous article Next article >>
.