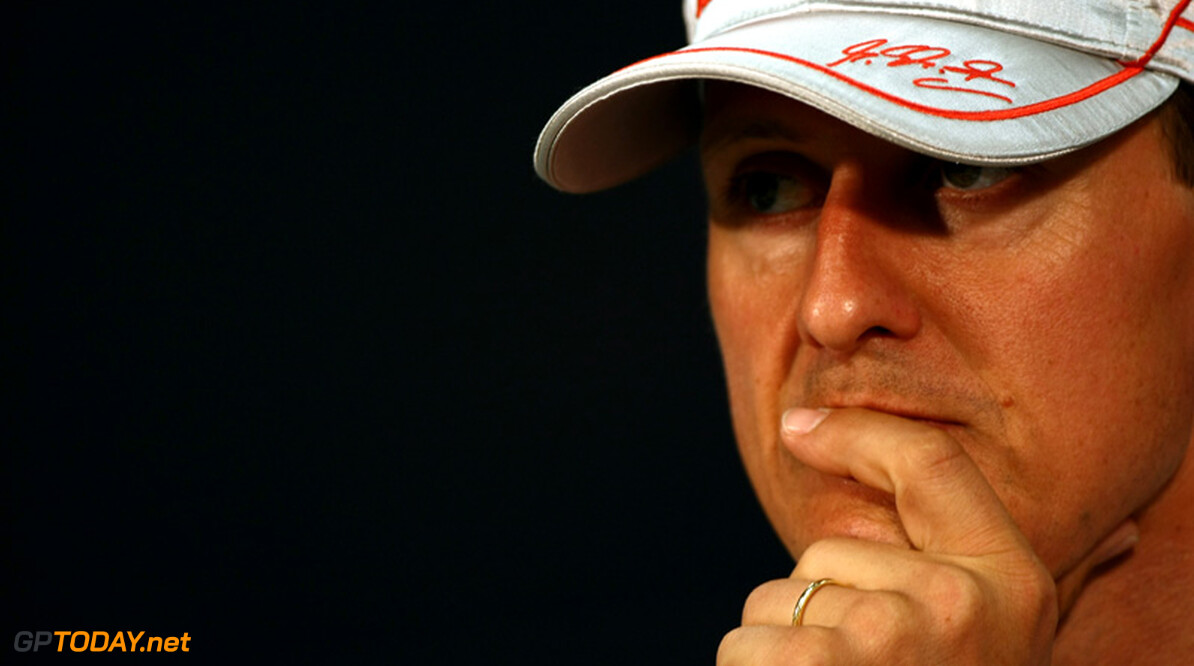 The Michael Schumacher camp is "stunned and shocked" as the story of the F1 legend's skiing crash and recovery took a tragic twist this week. It emerges that a man detained in Switzerland for stealing the former Ferrari and Mercedes driver's medical records in June has hung himself in jail. "We are stunned a shocked," Schumacher's manager and spokeswoman Sabine Kehm told the German newspaper Bild.

The newspaper said the Schumacher camp did not even know that a suspect in the case, who police confirmed was arrested on Tuesday, had even been detained. The Zurich prosecutors' office said the man who apparently committed suicide was an executive of the Swiss helicopter rescue company, Rega, who had organised Schumacher's transfer from intensive care in Grenoble to a rehabilitation clinic in Lausanne in June.

It is expected that the investigation into the attempted sale of the medical records to members of the press will now be closed. The man reportedly denied any wrongdoing during interrogations on Tuesday but was detained in a Zurich police holding cell, where he hung himself on Wednesday before a scheduled court hearing. (GMM)
F1 News Ferrari Mercedes
<< Previous article Next article >>
.