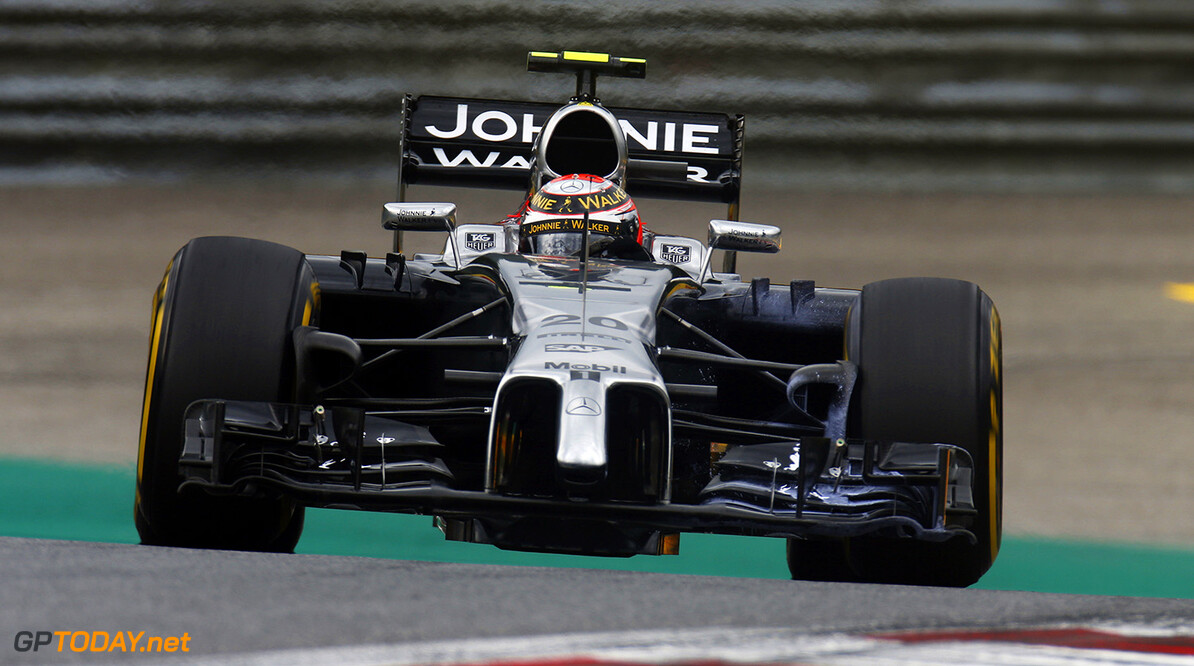 Magnussen frustrated after crashing out

Kevin Magnussen suffered an almighty crash in the opening stages of Q3 due to changing weather conditions.

Just before the start of the session, rain began to fall lightly in some areas of the circuit, the part that was mostly affected was the downhill braking area of Turn 1, with Rosberg being the first driver to lock-up and go off the circuit.

However the Danish rookie, who was following Rosberg, fared even worse on-track after locking up and smashing into the barriers at Turn 1. After a quick check-up at the Medical Centre, he was declared OK and returned to the paddock to face the media.

When asked what happened by Sky Sport's Natalie Pinkham, he replied: "It hit the wall. It was too wet, wetter than expected."

Pinkham then asked the Dane if he was okay, to which he replied "I'm good. It's not nice to hit the wall hopefully the car is OK and we can improve tomorrow. It was much wetter in the first corner than the last corner, so I braked where you normally brake which obviously right wasn't at all".