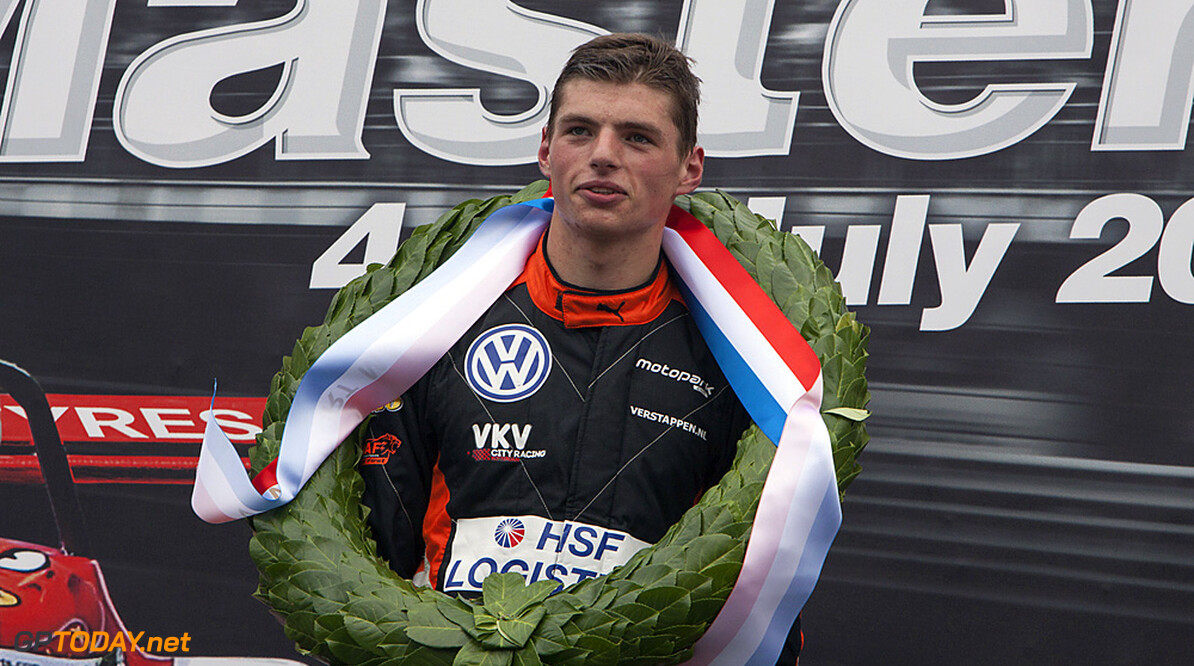 Jos Verstappen thinks his son is a "hot" topic in the F1 paddock. The Dutchman is perhaps best known for struggling in F1 with a bevy of midfield teams. But his 16-year-old son Max has made an impressive transition from karts to single seaters this year, winning no fewer than 7 races in European F3.

De Telegraaf newspaper reports that Jos and Max were at Hockenheim last weekend "at the invitation of several formula one teams". Verstappen snr, 42, told of how the pair walked through the paddock and were constantly stopped by well-known figures including Rubens Barrichello, Johnny Herbert and Jacques Villeneuve. "They seemed to know everything about Max," said Jos, "which is very nice to see. Max is hot, that much is clear."

De Telegraaf also reports that the Verstappen duo sat down at Hockenheim with none other than Dr Helmut Marko, the head of Red Bull's famous driver development programme. "When the time is right," Jos said, "we will bite the bullet, but not before." (GMM)
F1 News
.