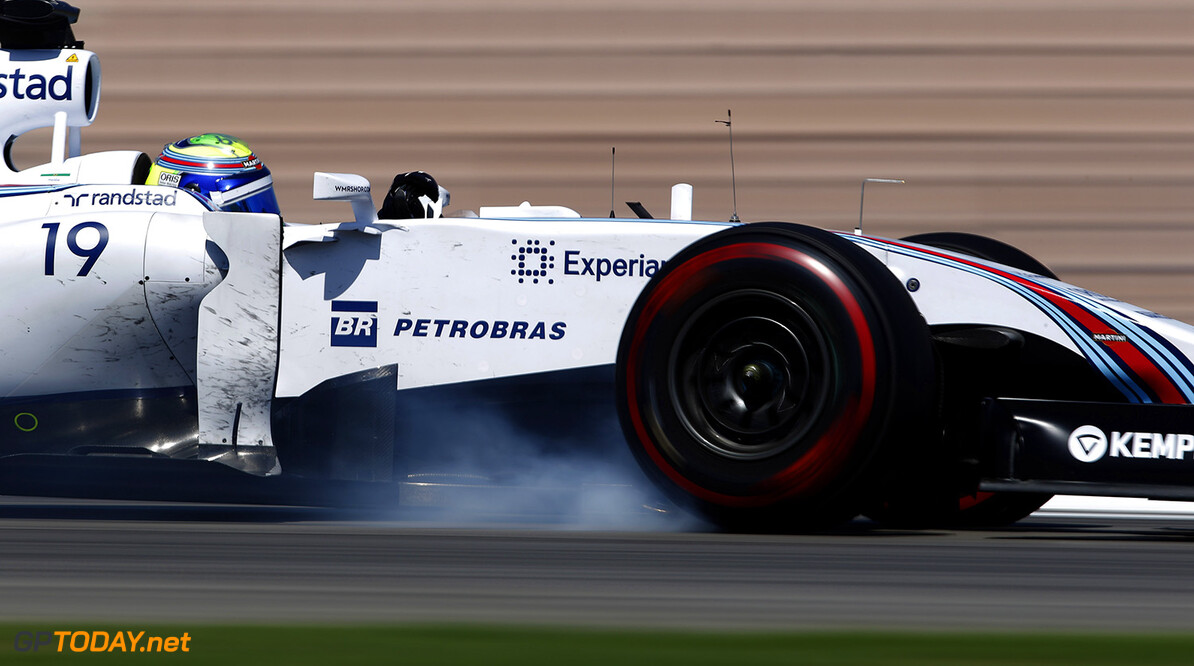 Massa has 'no reason to fear' rising star Bottas

Felipe Massa insists his F1 career is not being put in the shadow by a new star. The warring Mercedes duo aside, the undoubted star of the last three races has been Valtteri Bottas, a shy Finn who on Sunday completed a hat-trick of podiums.

Former F1 driver Patrick Tambay told RMC Sport he thinks Bottas, 24, is establishing himself as a "star for the next ten years". "He's a tough competitor," Bottas' Williams teammate Felipe Massa told Brazil's Totalrace, "but I have no reason to fear him -- no way."

The Brazilian, a long-time Ferrari driver until his switch to Williams this year, has had a much lower-profile season of results, including his spectacular rollover crash at Hockenheim. "I know what I'm capable of, what I can do for the team, my speed," Massa insisted.

"I lack nothing to him. I've done as much as he did in the last few races, or even better," said the 33-year-old, who has scored 61 fewer points than Bottas so far in 2014. "I have no concern with it. I am glad for what has happened to him because he has earned it through his work, but we could be ahead of Red Bull if everything that happened to me did not."

Massa said the situation is not as difficult to cope with as some previous bad seasons with Ferrari. "It is more difficult when it is an issue about you, or you needing to improve," he explained. "For sure this period will eventually end. I have no concerns with my pace. If I was slow and I did not have the results because of my fault, it would be different," Massa added. (GMM)
F1 News Valtteri Bottas Felipe Massa Ferrari Mercedes Williams
<< Previous article Next article >>